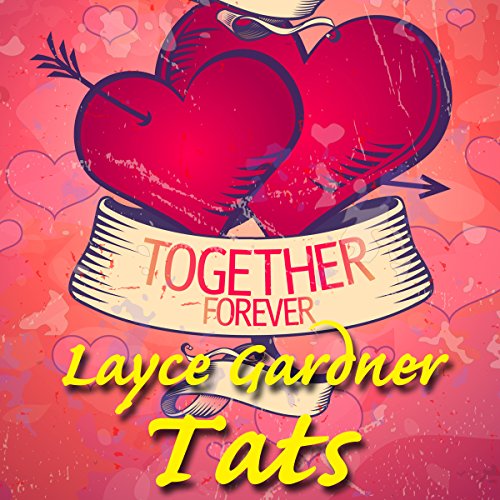 Lee Hammond's girlfriend has moved on to other women. Deciding she's done the last of her now ex's laundry, Lee hops on the Harley, ripe for adventure. One thunderstorm, a brief stint as a funeral crasher, two ruined shoes, and several cheerleaders later, she's still planning to run away. Better yet, she's got one of the cheerleaders along for the ride.

Not just any cheerleader, either. Vivian Baxter is that cheerleader, the one that made Lee certain back in high school that she was never going to be like all the other girls.

Destination? Someplace not Oklahoma. Possibilities? As many as the wide open road can offer. Problems? None at all. Except perhaps Lee's ex, a hopping mad stripper who wants her Harley back.

Vivian's feminine wiles prove invaluable in solving their transportation problem just as her own past catches up to them. And Vivian's past has two legs, a lot of henchman and a very big gun. Lee and Vivian may never get out of Oklahoma, and Oklahoma may never be the same.

First-time novelist Layce Gardner's love story sparkles with irreverent wit, unexpected developments, and features two women in the race of their lives on the trip of a lifetime.

This was a great book, there was always another twist around the corner. Great story line with adventure and romance. Can't wait for book 2.

Laughed so many times I lost count. Layce's narration was hysterical. Well worth the listen!

This is one book you should buy right now.
it is so deep, heartfelt, and a tear jerker, you just want to reach out and hold both Lee and Vivian.
Ok, so that's just the read between the line emotions. What your gonna get on the surface is a dark comical laugh out loud rollercoaster . What a dynamic Journey these two ladies go through. You will not be able to walk away from them once you enter their world.
Lacye Gardner did an amazing job narrating every moment in her characters life. There wasn't a moment I didn't feel engaged, or connected to Lee and Vivian. When Lee was hurting I felt the pain and saw the underlining issues coming to the surface. like the big elephant in the room. Lee identifies as a Lesbian.. However sleeps with several men. in my opinion she did it out of boredom, hurt feelings, and maybe a part of her was seeking attention. who knows.. I've actually known women who yes were lesbians not bi do this. so I respect Lacye for bring the issue to the surface.
So take the time listen or read this book. disect it and really feel what these two ladies are going through, and what triumphs they accomplish together.
I know you will not be disappointed with TAT. Go buy your copy today....

Why did everyone know but me

This book was so cute I listened to it twice. The two main characters reminded me of Lucy & Ethel. Getting into jams, with a round about way of getting out. My favorite part was the adventure in Walmart, in the Pharmacy, wow Viv was hooked. The performer made in think Millie was going to be on the next page, but I didn’t aspect her the second time I listened. Enough about me , off to my next adventure.

there's a lot going on in this audiobook and I loved going along for the ride. I loved how relatable the characters were. the dialogue/banter was great and believable. I loved that Vivian cussed a lot and smoked pot. (that's half my friends). the adventure was great from laughing at a funeral and meeting to riding on a stolen motorcycle to excavating a body and finding money. mix in prince Charles and a fight scene, and some eventual sex, and you've got a love story. lots of smiling and some laughing alone in my car, so thank you, Layce Gardner!

Excellent book. Twist and turns you don’t see coming. Not recommended for “little ears” with all the swearing and very graphic dialogue.

I can't recommend this book enough! I think Hilary Swank would be perfect as Lee.