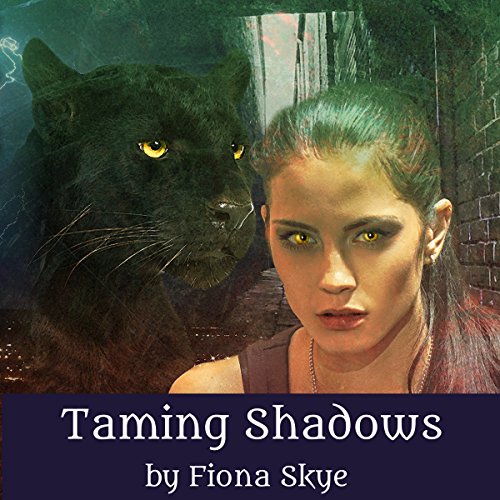 Four years ago, crime beat reporter Riley O'Rourke changed the world. To be fair, it wasn't entirely her fault. Her mentor, a 3,000-year-old vampire, destroyed Tucson police headquarters during a fight with a sorcerer. Footage of the fight went viral on the internet, and the existence of Preternaturals - vampires, witches, and other were-animals like Riley - was revealed. Humans went a little crazy. The cats and wolves were out of the bag, and only an act of Congress stopped the chaos.

But not all the Preternaturals are happy with this new world order, however. The Queen of the Winter Faeries worries that exposing her hidden world will destroy it, and sends the nastiest storybook characters imaginable to kill Riley before she can out the Fair Folk, too. The Summer Queen, Winter's arch-rival, promises to protect Riley if she does her a teeny-weeny favor: break into Winter's castle, sneak past creatures straight out of Riley's nightmares, steal a magical mirror, and return it to Summer. And all without Winter noticing.

Riley agrees to the favor; what choice does she have? But dealing with the Fae is always a double-edged sword, and the Summer Queen neglected to explain that if Riley successfully pulls off this heist, the entire world might end up on the edge of destruction.

Some secrets are best left in the dark; but sometimes they have a way of coming out with a vengeance.  Riley O’Rourke, a crime beat reporter and Jaguar, was present when a bystander video-taped and released proof of supernatural creatures that roam the earth, mixing and mingling with humans.  Exposing the preternatural world placed Riley into the lime light making her a spokesperson and specialist of the preternatural.  However, not everyone was exposed and those creatures that remain hidden from the human world have an agenda – their agenda involves Riley, her boyfriend and Onyx (her vampire friend/ruler of the preternatural world of Arizona).

The fairy world, both the winter and summer courts, are feuding and draw Riley deep into the depths of their war.  She must steal a valuable artifact from the winter court. Bargaining with a fairy is a complicated and dangerous maneuver but Riley does so to protect her and her family/friends.   The question is not can she do it but will the fairy world leave her alone afterwards?  That’s a chance Riley takes with the support of her friends.

Fiona Skye, author, has a well-developed story that brings into it many different aspects of the current myths and legends of vampires, fairies, werewolves, shape shifters and more.   The characters grow at a solid pace.  The use of myths/legends is well done also.  Although it brings in the entire preternatural world, it quickly narrows it down to one section and focuses not on the human element but rather on the preternatural.

The narrator, P.J. Morgan provides an excellent performance.  At first I was a bit thrown off because I did not expect Riley to have a Brooklyn like accent but it is explained in the story very well and subtly.  Morgan plays all the parts well executing difficult accents and twangs.  Very entertaining and a great fit for the book.  The emotions were projected very well, drawing the audience in captivating them.

Not only is Skye a very talented words crafter and masterful story-teller, but Morgan is equally talented at narration.  This is one book that should not be missed; it is by far an excellent book.

There were no issues with production.  Everything was clear and well done.

This was a great urban fantasy. One of my favorite aspects was the author’s use of original terminology. Riley is a crime reporter but that’s far from all. She’s also a panther – critter --with a vampire mentor. From beginning to end the story is filled with actions, suspense and the revealing of secrets.
One day a strange preternatural beast walks into her office, turns out it’s a faerie which inevitably puts Riley in danger and she fears for David the hot human she’s only just began seeing in a more than friendly way. In the past Riley’s had poor relationships with men amongst other things and carries a lot of baggage. When things heat up between her and David she second guesses herself as she looks at David as a fragile human.
The narrator P.J. Morgan is really good. I don’t know if it’s natural or not but she does a Boston accent – where Riley is originally from – throughout the entire story. If it’s not natural extra kudos to her.
This story is bound to be a favorite among urban fantasy/paranormal fiction lovers.

Shapeshifting journalist faces off against faeries

Fiona Skye delivers a story that has some elements familiar to recent urban fantasies: paranormal romance, vampires, shapechangers, faeries, and a sarcastic first-person point-of-view that guides the reader into a world just beyond our reach.

What is interesting here is how the elements are put together and the original narrative voice provided through the protagonist. Riley O'Rourke is a journalist by trade, in charge of her own media company in Tuscon, Arizona. She's of mixed Irish and Japanese descent, originally from Boston, and at this point in her life feeling confident in her own career and the little media empire that she has managed to create for herself.

She's also a "critter"--one of the shapeshifting were-beasts that populates the contemporary world, living a more or less normal life most of the time but letting her animal side out of the cage when the moon is right. Riley is a cat, a black jaguar to be precise, with whom she has a symbiotic relationship.

The prologue explains how "critters" like Riley got out in the open a few years prior to the beginning of the novel. Her mentor and feudal lord, an ancient vampire named Onyx played a big role in this revelation and subsequent events. Balancing this is the appearance of a new federal agency called PLEB charged with policing "preternatural" citizens of all sorts.

Having just adjusted to shapeshifters being a known quantity to the American public, a faerie drops by for a visit at Riley's office. The faeries did not come out with the shapeshifters and vampires, and they have their own rather secretive agendas. To thicken the plot, a new PLEB agent is in town. David becomes, just a little predictably, Riley's love interest. Everything evolves rather naturally. They carry on a mostly physical affair, though the author presents the emotional and steamy side of their relationship very effectively without getting caught up in too many, uh, choreographic details, shall we say?

If you like paranormal romance, it is here aplenty without overtaking the mystery at the heart of the story. I'll admit I had a major infatuation on David for a few days after finishing the novel.

That mystery is how Riley fits into the faeries' ongoing war, between Summer and Winter (or if you prefer Seelie and Unseelie) Courts. The novel is one part what it's like being a shapechanger with enhanced senses and healing factor, one part what it's like dating a hot guy when you can smell his every emotional flicker, and two parts quest--and this part kicks in towards the last half of the book. I really don't want to say more because it would ruin a lot of the mysteries that unfold when Riley is ready to tell us about them--the author plots these details for the best emotional experience for the reader and in a natural way.

I rate Taming Shadows a solid 4.5/5.0 for an original urban fantasy that was balanced with paranormal romance elements and good, old-fashioned action scenes. P. J. Morgan's narration (available on audible.com here) only added to the enjoyment. As a frequent audiobook listener, I do not often encounter good Boston accents, and the narrator nailed it.

A Delight From Start To Finish

Yes. The story and the performance were a delight.

What other book might you compare Taming Shadows to and why?

Taming Shadows has a similar feeling to the Dresden FIles. I would recommend them for any Dresden fan.

What about P. J. Morgan’s performance did you like?

I felt the characters were very well-voiced.

Yes, and I have a very hard time sitting still to listen to a story.

A delightful story. I can't wait to hear the sequel.

Many mispronounced words which drove me crazy. The narrator's performance detracted from a great story.

Wrong narrator for this book

I honestly love the plot and the characters and I think I could have really enjoyed this book if there had been a different narrator.

What could Fiona Skye have done to make this a more enjoyable book for you?

Chosen a different narrator - someone who sounds like a regular American

Her accent just didn't fit the character. I kept getting distracted and wondering what the narrator was saying. She may have a natural accent - I really don't know but the words were difficult for me to understand. I only got about 45 minutes into this book because the words were that difficult for me to process. Maybe I'm just not good at listening to books when a narrator has an accent. I'm not trying to say that the narrator does a bad job. I'm just saying that for me, personally, it was too difficult to comprehend what words she was saying.

okay for about first half

Where does Taming Shadows rank among all the audiobooks you’ve listened to so far?

on the low end. But, due to my morals. I think it is very well written and perform

Keep the deep heavy stuff out. Not sure if it does, but got very near going into the couples bedroom so, I had to stop listening

What does P. J. Morgan bring to the story that you wouldn’t experience if you just read the book?

Get rid of the sex