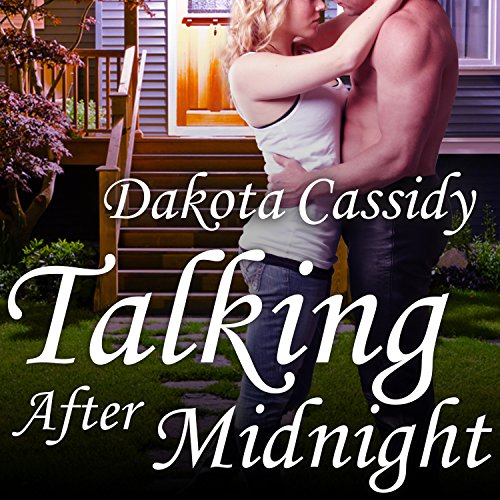 By: Dakota Cassidy
Narrated by: Scarlet Chase
Try for £0.00

Marybell Lyman is a phone-sex operator at Call Girls with a colored mohawk, goth makeup and clothing, and a snarky attitude toward the small-town minds that want to shut the business down. But underneath all of that is a woman running from her past-a past that intersects with local contractor Taggart Hawthorn.

For some reason, unbeknownst to her, Tag has taken a romantic interest in her. Marybell does her best to avoid the hunky man, but he is determined to get her to agree to go out with him. She starts to enjoy spending time with him, but there's still the fact that if her true identity is found out, he would most definitely end the relationship. Marybell decides to tell him the truth, but not before the town mean girl gets the chance to unmask Marybell. Contains mature themes.

"Cassidy's writing is superb in the conclusion of the Plum Orchard series.... The main characters have secrets, passion and lots of fun. Do not miss this book!" (RT Book Reviews)

What listeners say about Talking After Midnight

NUMBER OF HEARTS: 5
REVIEW:
Another amazing story from Ms. Cassidy. With each Plum Orchard series I have falling more and more in love with these characters. I hope to all the Plum Wine Gods that there will be more stories in this series. There are a few more people I want to see matched up and a few I want to see wrestled into a huge pile of mud. So Ms. Cassidy PLEASE write more stories in this series. But back to Talking After Midnight.

OH my gosh. I am not sure if I was just an over sensitive wreck today but this book made me cry at least 3 times. Full on tears cry I tell you (thank goodness I was alone could you image if I was in public?) But Marybell & Tag are just perfect. I loved every part of their story. Even the parts where they are being stupid. Just loved it all.

Normally in a series you have a favorite and a least favorite couple. Not for me. I have love all three couple equally. I am not sure I could pick one over the other if I had to.

Ms. Chase as she has done so perfectly over this whole series brings the characters of Plum Orchard to life for me. I am so very glad that I started this series on audio. I will most definitely be looking for more books narrated by Ms. Chase in the future.

If you have not started the Plum Orchard series I would highly recommend you grab the novella Talk this Way. You really do have to start from the beginning!!! Now go get you a copy of this series and start reading and find out why Plum Orchard is so awesome.

Disclaimer:
I received a complimentary copy of this audio-book from Tantor Media in exchange for an honest review. This review is my own opinion and not a paid review.

It was a good read

It was different from most audio books I listen too. This book about hiding from your past.

The main female lead lied to Tag for 90% of the book and only told the truth after she was outed then had the nerve to have an attitude because he didn’t believe her. Yeah, that makes sense. Also, everyone was on her side that he should’ve had faith in her. Where was her faith in him when he told her his secrets and she said nothing.

This is a great book. I love the whole series. The storyline is fantastic. A good balance of romantic scenes and plot line. Highly recommend the entire series.

great book warning get the tissue for happy tears

Goth gets her guy

This book really reminds you of key life lessons. Never judge a book by the cover, and don`t jump to conclusions. Loved the chemistry.

Funny, hilarious and worth it!! You will enjoy this book like the rest in the series..