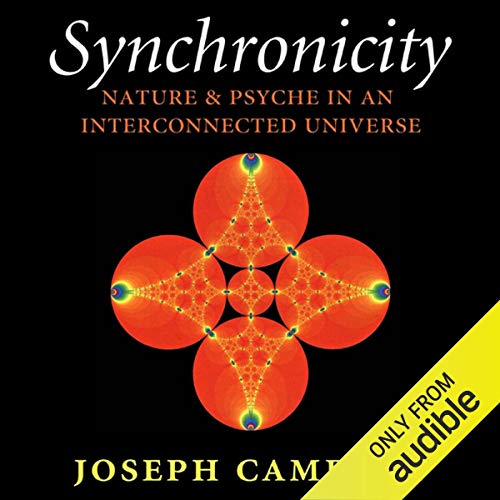 In 1952 C. G. Jung published a paradoxical hypothesis on synchronicity that marked an attempt to expand the western world's conception of the relationship between nature and the psyche. Jung's hypothesis sought to break down the polarizing cause-effect assessment of the world and psyche, suggesting that everything is interconnected. Thus, synchronicity is both "a meaningful event" and "an acausal connecting principle." Evaluating the world in this manner opened the door to "exploring the possibility of meaning in chance or random events, deciphering if and when meaning might be present even if outside conscious awareness."

Now, after contextualizing Jung's work in relation to contemporary scientific advancements such as relativity and quantum theories, Joseph Cambray explores in this book how Jung's theories, practices, and clinical methods influenced the current field of complexity theory, which works with a paradox similar to Jung's synchronicity: the importance of symmetry as well as the need to break that symmetry for "emergence" to occur. Finally, Cambray provides his unique contribution to the field by attempting to trace "cultural synchronicities," a reconsideration of historical events in terms of their synchronistic aspects. For example, he examines the emergence of democracy in ancient Greece in order "to find a model of group decision making based on emergentist principles with a synchronistic core."

"Cambray has written the clearest and most coherent study to date on the subject of synchronicity. This book deserves to be widely read and disseminated because in the past 'synchronicity' has been enshrouded with confusion and prejudice and the general reader has not been able to find a suitable point of entry into the debate. . . What is remarkable about this book is that Cambray takes synchronicity out of the confines of Jungian studies and links it to current research taking place in a variety of new and exciting fields in physics and the natural sciences." ( Journal of Analytical Psychology)
"In his study of Synchronicity, Joseph Cambray has masterfully blended the historical and known with the cutting and emerging edges of humanity's grasp of its inner and outer reality. He has managed to produce a book that a novice in Jungian studies would find comprehensible, and that C. G. Jung himself would find compelling." (Beverley Zabriskie, Jungian Analyst)
"Joe Cambray has been at the forefront of new developments in Jungian theory and practice over the last decade. This book provides an opportunity to see the range and depth of his thinking on synchronicity in its entirety. Cambray's book is essential reading for anyone seeking a deeper understanding of this central element in C.G. Jung's system of psychology.” (George B. Hogenson, author, Jung's Struggle with Freud)

What listeners say about Synchronicity

Couldn't stay engaged for more than a minute

What aspect of Thomas M. Perkins’s performance might you have changed?

To liken this reading to text I would say there were no paragraphs, it was one constant stream of dialogue. Not that his performance wasn't good because compared to other narrators he was.

Perhaps it was the text itself, I don't know but it seemed a dry soulless presentation, I would like to have heard it narrated by someone more passionate about Jung and synchronicity

At a loss for words

I found this book at a time in my life when I was awakening to the messages of the Universe as witnessed in the constellations outside my porch and by the visiting falcons, owls, crows, ravens, robins, dragonflies, butterflies, etc. Reading this book was simultaneously like reading some lost scripture and my personal diary. A very important work. I will treasure it always.

Dense, but Worth the Listen!

many of the concepts addressed in this book drawn field experience and subject-specific knowledge. However, it is more than worth the while to give this book a listen. It has exposed me to New Concepts and vocabulary that I would not have otherwise experienced. I personally have experienced many synchronistic events in my life. It was very nice to hear them put into a frame of reference I can understand. I will definitely be pursuing more information along the same topic.

Although I was informed that this book was highly recommended for psychology programs, I expected further descriptions of Jungian archetypes to enable a better flow and analysis.

Synchronicity is not worth the money, it brings nothing new on the topic and writes a summery of all that out there on the topic with out lining the dots