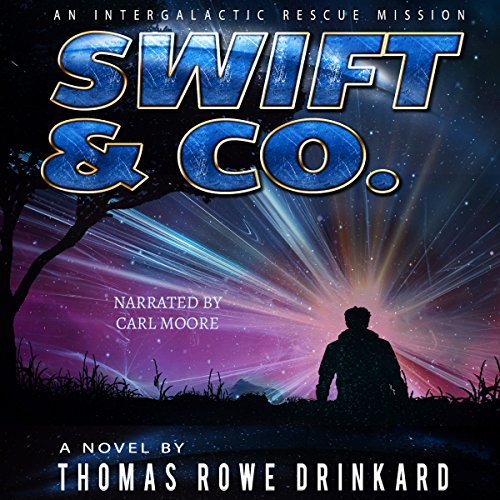 By: Thomas Drinkard
Narrated by: Carl Moore
Try for £0.00

Thomas Swift, a retired Green Beret soldier, is living a boring, but comfortable, existence. When he is asked by entities cloaked in the forms of famed fictional characters to form a team to rescue intelligent alien people who are under attack by monstrous life forms, he at first refuses.

He is threatened by hostile alien creatures and isn't intimidated, but when his sweetheart is menaced, he begins to form the team.

What listeners say about Swift & Co.

Cool idea but it didn't do it for me. The plot didn't really tie together, no reason for the characters to do anything that they did.