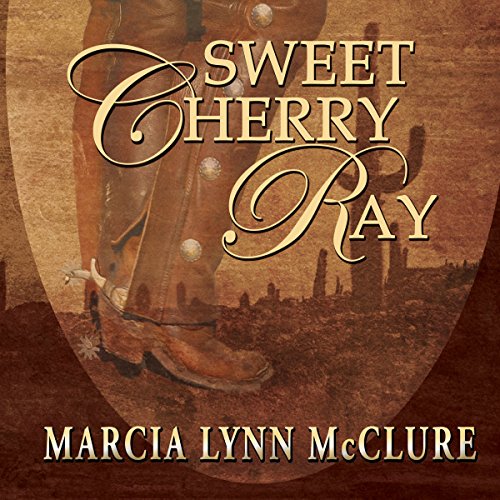 Black Jack Haley and his band of outlaws spent a lot of time in the town of Blue Water. Drinking, gambling, and keeping company with saloon girls, even the fact that retired Texas Ranger Arthur Ray lived nearby did nothing to discourage Black Jack and his boys from spending their time and stolen money in the small western town.

Still, though the outlaws never harmed any of Blue Water's citizens, Arthur Ray knew men like Black Jack could turn on a dime. An outlaw was an outlaw and not to be trusted. Thus, the once Texas Ranger protected his family as best he could - demanding that his daughter, Cherry, dress as a man and remain as inconspicuous as possible. Though Cherry secretly longed for the feminine attire the other young ladies in Blue Water enjoyed, she understood her father's concerns - and loved him all the more for it.

And so, life was fairly uneventful for the people of Blue Water, including Cherry Ray - until the day a stranger rode into town. Handsome and intimidating, the stranger kept his business to himself. Yet, by the look of the gun at his hip, folks began to wonder if another outlaw had arrived in Blue Water. But that didn't keep Cherry Ray and her curious nature from crossing the stranger's path one too many times.

amazing! worth listening to again

loved it really great read. great story. I would listen to it again and again

I really enjoyed reading this book. But being able to listen to it was even better!!!! Can't wait for more of my favorite books of Marcia's to become available to listen to!