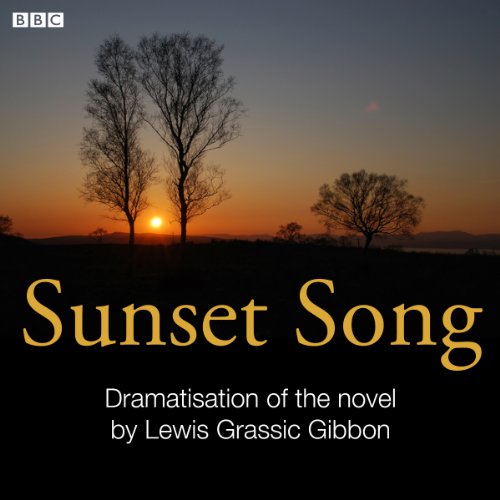 Gerda Stevenson's dramatisation of the 1932 novel by Lewis Grassic Gibbon, set in north-east Scotland before and during the First World War.

Episode 1: Chris Guthrie is torn between her love of the land and her ambition to become a teacher. As Chris' domineering father struggles with the harshness of the land, her mother's fear of childbirth leads her to despair. A full cast dramatisation. Directed by David Ian Neville.

Episode 2: After her father's death, Chris is determined to stay and work the farm alone if need be. Joined by Ewan Tavendale in marriage and on the farm, Chris gives birth to a son. But the outbreak of the First World War brings devastating change to her family, the rural landscape and the community. A full cast dramatisation. Directed by David Ian Neville.

I’d recommend this to all my children and grandchildren.
I loved the authentic north eastern Scottish accents and expressions.
I could taste the tea and oatcakes, feel the rain on my body, smell the fields and see the loch in all its moods.

I loved this book when I was at school and the dramatisation of it, brought fond memories back.