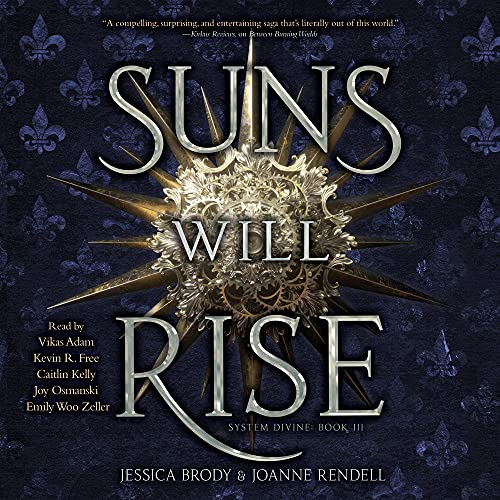 An heir. A renegade.

A convict. A cyborg

It’s been three months since the Patriarche was beheaded, leaving behind no known heir. Now, the planet of Laterre is unrecognizable. General Bonnefaçon has cleaned up the streets, fed the hungry, and restored peace while the next leader is decided upon. From the outside, Laterre seems to be flourishing. But dangerous rifts threaten to shatter the planet from within.

The Red Scar has been killing off anyone with a legitimate claim to the Regime, while the Vangarde are preparing for the return of their infamous leader.

Then, it’s revealed that the Patriarche had a daughter who is still alive. A missing Paresse heir.... Alouette has been locked in a secret facility for months, interrogated on the whereabouts of the general’s renegade grandson.

Marcellus is desperately searching for Alouette, knowing she’s the key to the Vangarde’s plan to overthrow the corrupt Regime but unaware that he, himself, is being hunted by a new cyborg tasked with tracking down the planet’s most wanted criminals.

Meanwhile Chatine is growing restless, living underground with a rebel group she doesn’t fit into. Until an old friend solicits her help to save the Défecteur community from a mysterious, new threat. A threat that will tie them all together.

When the general makes an explosive play for power, allegiances will shift, rebels will become leaders, barricades will rise, and the tinderbox of Laterre will finally ignite, launching a revolution 500 years in the making.

What listeners say about Suns Will Rise

I JUST FINISHED THE SERIES AND IVE ONLY EVER CRIED ONCE BEFORE WHILE FINISHING A BOOK OUT OF HUNDREDS, BUT THIS MADE ME CRY LIKE A TODDLER WHO LOST HIS DOG 😭😭😭😭😭😭😭😭😭😭