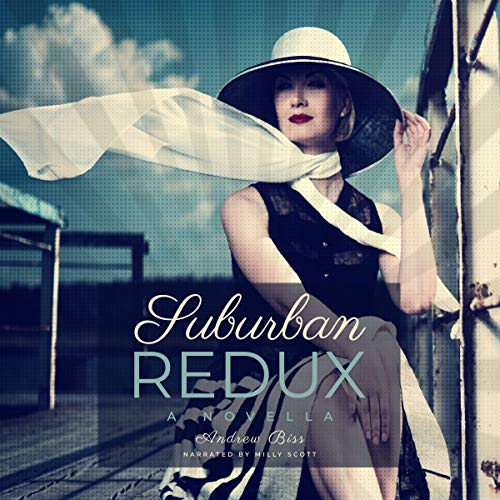 In this novella adaption of his hit stage play Suburban Redux, award-winning author and playwright Andrew Biss presents a hilarious and poignant tale about love, truth, and acceptance in a romantic comedy for the modern family.

After 30 years of arid matrimony and suburban monotony, Mrs. Pennington-South's only dream is that her son, Cuthbert, will break free of the cycle of upper-middle-class inertia that suffocated her. Raising him in the hope that he is homosexual, she soon begins dragging home potential suitors for tea - on this particular occasion a rather shy, awkward young man named Tristram. Cuthbert, however, finds he can no longer maintain his facade and at last confesses to his mother his guilty secret: his heterosexuality.

When Cuthbert leaves to meet Trixie, his new female friend, Mrs. Pennington-South - heartbroken, but accepting - takes solace in the company of Tristram, and a mutual love of the arts soon leads to a newfound friendship. After several weeks, however, Tristram's feelings take on more amorous overtones, and a confession of love for a woman almost 30 years his senior sends Mrs. Pennington-South into a state of emotional turmoil. Her anxiety is further heightened by the unexpected arrival of Cuthbert, merrily announcing that he has brought Trixie home for an introduction and the big news they wish to impart.

Mrs. Pennington-South, mortified at having to face the reality of her son's lifestyle choice, fearfully awaits the dreaded Trixie. Nothing, however, could have prepared her for what will come next.