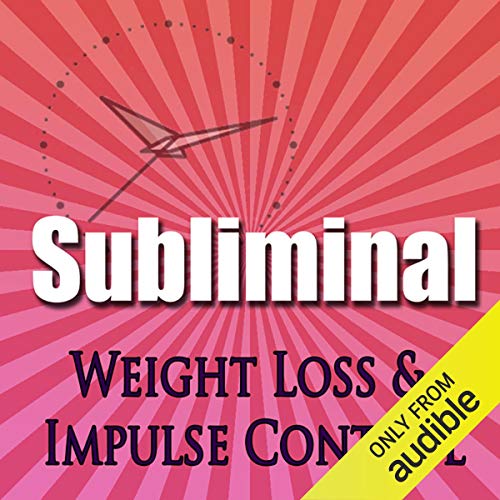 This subliminal hypnosis program will help you to bring self control you didn’t know you had to the surface. Avoid overeating and unhealthy decisions by developing intense impulse control that will finally put you in charge of your weight loss and food intake. All you have to do is sit back and relax, and let your subconscious mind do all the work for you! Don’t wait another day. Today is all the time you need to start making positive choices for incredible change!

It has definitely worked for me!
I like the break down of chapters and the fact you can either do it sleeping or awake

I was actually looking forward to relaxing during listening to the recording but unless there is something I clearly don't get about this method, I found it annoying more than anything else.
The shrilly pans flute sound drowns most of the other sounds and it came to a point where I just felt like tearing the headphones out of my ears.
And then the voice. I am a fan of scary films, but this was pretty unsettling. Most of all the voice was much quieter than the other sounds (flutes again) and so much burdened with echo effects that I couldn't understand most of the lines.

To sum up, I truly regret spending my money on this audio book.

I was a little hesitant to order this because I've gotten other subliminal/hypnosis CDs that were utter crap. I will start out by saying that it seems to be helping...maybe. I have been listening to it for about a week and have noticed that it's easier to say no to the compulsions that would have me eat dessert after every meal or eat mindlessly because I'm bored.

Because I have had occasion to be awake through much of the production, I have to say I was surprised by the lack of audible speaking. Maybe there's some buried behind all the clatter of noise since it's supposed to be subliminal, but the fact that you can't hear much and what you can hear is again, cheesy, full of echo effects and just generally adding to the annoyance, makes me wonder if my reaction is merely the placebo effect. I gave it 3 stars based on the outside chance that it might not be.

painful to listen to. Really screechy

What disappointed you about Subliminal Weight Loss & Impulse Control?

you cannot hide subliminal message in music so painful to hear and expect people to listen for 17 days.

I persevered with this for about 6 weeks and have found it to be a waste of my time, In fact I have put weight on. It's not even pleasurable to listen to. Put your time to better use.

I'm still fat, but relaxed by the soothing sounds at bedtime. It's all about Healthy Choices!

It says to do this for 17 days straight, but i can't do it for a week without freaking out and losing sleep. The background noise is at times high pitched and then really quiet. It needs to be more level to relax to.

Was Subliminal Weight Loss & Impulse Control worth the listening time?

It was not worth my time but those who can sleep with varying noise levels might be able to listen to it.

If this is subliminal suggestion, it didn't work for me. I turned it off about midway through the recording to eat some cookies.

it helps with sleep!

I've been listening for several nights. Very relaxing. I find it very helpful. I notice I fall asleep more quickly each time I listen to this.

HORRIBLE. Do not make the same mistake I made by buying this. I would love a complete refund.