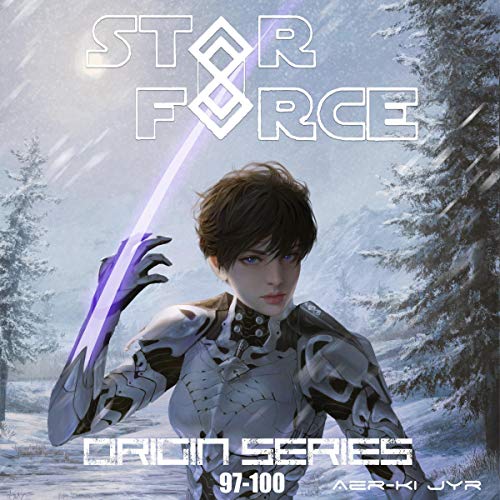 The Origin Series is empire building at its finest, with 100 episodes and over 2.5 million words in the military science fiction serial detailing the rise of Star Force from corporate entity into an interstellar empire over the course of more than a millennium.

Follow a core group of characters known as the Trailblazers as they use alien technology and knowledge discovered in Antarctic ruins to obtain limited immortality and lead humanity out into the galaxy. See them encountering, befriending, and fighting hundreds of alien races, all the while desperately trying to prepare Earth for the unbeatable threat at the core of the Milky Way that is destined to return and reclaim their lost colony...and their former human slaves.

Episodes in this set:

The entire series has been the same

I love this series and will continue

This time the author didn't waste most of our time on stupid, childish training sessions. Glad I skipped the bulk of the orgin series.

I've been waiting a long time for this to come out on audio, but it's finally here!

Well written and narrated, these are the "episodes" that launch the long anticipated war. A whole lot of space combat, ground fighting, strategy...it's like Princess Bride in space (not really). The Archons finally go up against the long anticipated superior opponents. It will take smarts, guile, and determination to win...but can they win?

As with all his books, you'll get a few questions answered and a whole new set to replace them. It's one of the reasons I've stuck around so long with the series. I HATE paying for books that always promise closure in the NEXT book, without closing any plot threads. Whether he's tying off a thread or creating a whole batch of new ones, you get your credit's worth.

I followed the narrator on Twitter, and won free Audible promo codes during a drawing he had when he released his last book. @StephenDayNr8or. Feel free to send me some more for the amazing review! Oh, and great work BTW! You've got a really solid rhythm to your narration. Seriously got goose-bumps during some of the fight scenes.

I wonder how long the war will rage? I'm betting...a while.