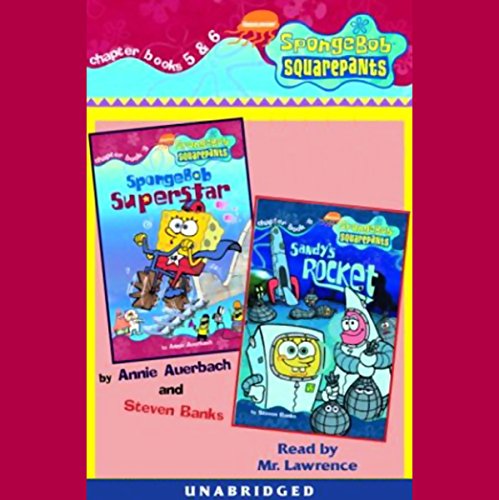 By: Annie Auerbach,Steven Banks
Narrated by: Doug Lawrence
Try for £0.00

In SpongeBob Superstar, fame, fortune, and fans are SpongeBob's destiny when he's picked to star in a TV special. Hotshot producer Barry Cuda is sure that SpongeBob's sea-lebrity talent is going to steer them both to stardom, and SpongeBob is reeeeaaaady for his close-up! But before you can say "Krusty Krab Krabbie Patties", fame goes to SpongeBob's head. Will SpongeBob leave his Bikini Bottom buddies for Celebrity Sea? Or is something fishy in the air?

In Sandy's Rocket, SpongeBob and Patrick take a tour of Sandy's rocket ship and accidentally take off to the moon! But this moon looks strangely similar to Bikini Bottom. Will the "moon aliens" be safe from this blundering duo's plan? Will Sandy get her rocket back in one piece? Join SpongeBob and Patrick for an out-of-this-world adventure!

What listeners say about SpongeBob SquarePants