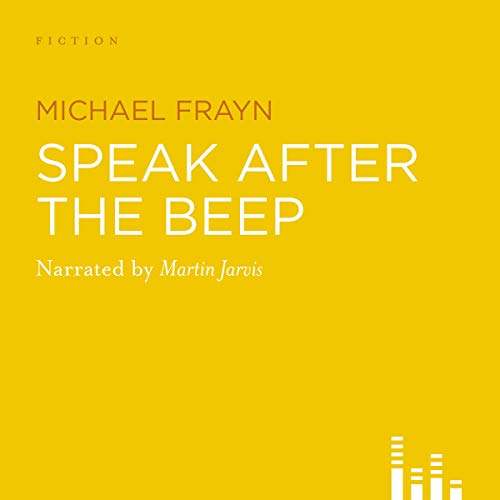 Speak after the Beep

Speak after the Beep

The original 10 broadcasts from BBC Radio 4 - the sequel to the award-winning Jarvis's Frayn. Martin jarvis is seriously funny in this classic series of hilarious vignettes.

Jarvis and Frayn are a truly inimitable pairing - frequent collaborators on-stage, screen and audiobook, they are an eternally popular duo.

Michael Frayn began his career as a reporter on UK newspaper The Guardian before becoming a columnist for the same newspaper.

Martin Jarvis is a renowned audiobook narrator and his many acting accolades, include a Theater World Award for his performance in the Broadway play By Jeeves.

This collection is perfect for anyone who has ever questioned the logic behind technobabble, computer jargon and eccentric human idiosyncrasies...that'll be everybody, then!

Martin Jarvis has become my favorite narrator after I listened to "Good Omens" narrated by him. His voice is so variable and the character and emotion of each role are all distinguished from each other and clear. It's really amazing that one person can have so many variable voices.

This "Speak after the Beep" consists of several small cute and funny stories. No loads of heavy stories, just simply entertainments!