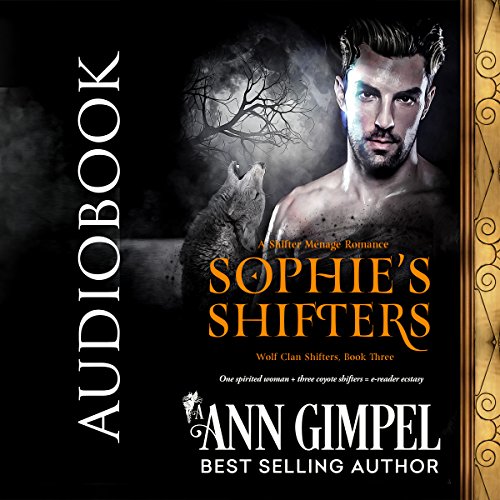 Late 1930s, California. The winds of change are blowing hard as shifters gather deep in the Sierra Nevada Mountains for a war powwow. Tempers run high as they argue their next move. An unexpected attack from more hunters than they've ever seen forces their hand, and Blake, alpha for the coyote clan, fights alongside his brothers. He's grimly pleased when every single one of their enemies is finally dead, the bodies chucked into glacial crevasses. Sophie Laughing Wolf tracked her hated brother into the mountains. Gifted with foreseeing, she wants to make certain he ends up just as dead as he was in her vision. When the large group of men he's with are set upon by shifters, mythical dual-natured beings who can take animal forms, she hides, calling on earth power to shield her. It doesn't work. Two shifters, back in their men's bodies, haul her from her hiding place once the battle ends and drag her before their chief. He spares her life - for now - but she senses the animosity the others have for her. They see her as a threat, a witness to multiple murders. When the mate bond strikes, she fights its pull. So does Blake. He can't believe the gods would be so cruel as to bind him and his lieutenants to a woman with blood ties to hunters - their ancient enemy. She runs from her fate. So does he, but the bond burns bright transcending everything.

What listeners say about Sophie's Shifters

I thoroughly enjoyed it.

I do think it's weird to be with more than 2 guys but hey. Also I feel like she got over her shyness, and victimization a little too quickly. Otherwise it was a good read.

The coyotes find their mate

Book 3 in the wolf clan shifters was an emotionally compelling story . It has its own HEA but I recommend you start the series at the beginning. There were some hard to listen to parts that included the rape of Sophie.... so you have been warned. We learn more about some of the shifter magic that can be gained by the mates. I am really enjoying how the main characters from books 1 and 2 are intertwined into this storyline. I really hope this series continues. By the way I have said it before but Gregory Salinas has a seriously sexy voice.