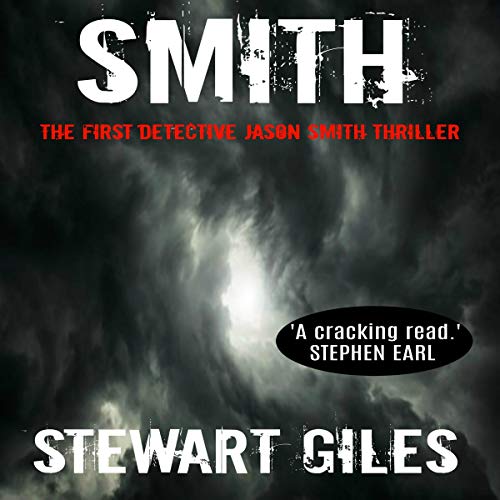 The sleepy historical city of York is about to wake up.

It is Christmas Day in York. A woman is found dead in her bed. A suicide note is found on her chest. It reads "I am so sorry Martin". Hours later, the police are called to a house a few miles away. A mother and her daughter have been brutally attacked; the mother is dead and the daughter is barely alive. The father is found shaking uncontrollably in the corner of the room. He is covered in blood but he is unharmed. His name is Martin Willow.

Detective Sergeant Jason Smith is put in charge of the investigation. After reaching dead end after dead end, Smith starts to put the pieces together and figures out that Martin Willow is innocent and the killer is still out there.

The little girl who was attacked on Christmas Day wakes from her coma and gives Smith a clue about the attacker; a piece of a song she heard directly before the attack. Smith then finds himself in a race against time to find this maniac before he kills again.

What listeners say about Smith

This is technically the first in the series, although Stewart has since published a prequel book, Phobia, which is 5 short stories. The book is a great introduction to Jason Smith, an ex-Australian living in York, as we get to meet him properly for the first time and are introduced to his life and back story.

I really enjoyed the start of the book where we learn all about Smith and what made him change from studying to be a Lawyer to joining the Police Force and also what motivates him throughout his life.

To start with I wasn’t sure how this story would go as I thought I had guessed the murderer straight away, but as the story developed I realised it wasn’t going the way I thought it was so had to re-think everything. I did guess who the murderer was about half way through, although I wasn’t 100% sure as I didn’t have a motive for them to have done it. The ending was still very nail-biting as I wasn’t sure how it would end and whether the murderer would manage to escape or not. The ending was very shocking but was very apt considering.

One of the things I did enjoy in the book was the sub-plot involving Smith’s sister who disappeared under the water back in his home town in Australia, although the way it happened and the coincidences along the way did stretch believability a tiny bit. Even with this though it was a great and engaging sub-plot, which I can’t say much about without giving lots away.

I also had this on audio so when I was driving or decorating I was also listening to the audio version, which took a bit of getting used to as I felt the narrator could be a bit monotone and not exciting enough for me, but when I got used to his way of talking and reading I got into it more, and the fact that the book was so engaging and made me not want to stop reading that made me persevere with the narration.

Overall I thought this was a brilliant book, which I would highly recommend both the book and audio versions of.

Could have used Some Further Editing

I downloaded the kindle book then bought the Audible Whispersynced version based on the Amazon reviews. I started out following along with the text while the narrator read it. That is something I rarely do. However, it did show me that the book does need a good editing. Words as read by the narrator were not the same words in the Kindle book. Also there were things that outright puzzled me. For instance a British character asked DS Smith for his badge. Since Smith is plain clothes he would have a warrant card as his ID rather than a badge.

The first quarter was interesting as DS Smith investigates a possible suicide and at another location a homicide of a mother as well as a vicious assault on her daughter. The obvious suspect is the father who was found in the house in a traumatized state.

However Smith is put on leave following a violent assault on a prisoner (which his supervisors make clear they are going to cover up. I found this a little odd. Usually collusion is not so obvious, even in fiction.) Smith then goes off on an investigation related to the disappearance of his sister 10 years ago in Australia. I didn't find it particularly thrilling.

Finally, the story gets back to the original plot and a .resolution.

The narrator did the best he could with the material and I would listen to another book read by him. There's a three volume Kindle ebook by Giles which contains this story and two others which I plan to read sometimes soon to see if Giles manages to find an editor.

I enjoyed the complexity of the story although the sub plot about Smith’s sister was s pointless distraction. Perhaps the author plans to revive it in a future novel. If so, I hope he does a better job with it at that time. The narrator had a lovely voice but perhaps better suited for Shakespeare. There was no differentiation between men’s and women’s voices or characterization of varying emotions. Sometimes in multi-character scenes, I had trouble distinguishing who it was that was talking. I only hung in there because I liked the story. Please—a different narrator next time!

Interesting characters. My biggest complaint is the narrator, he read entirely too fast.