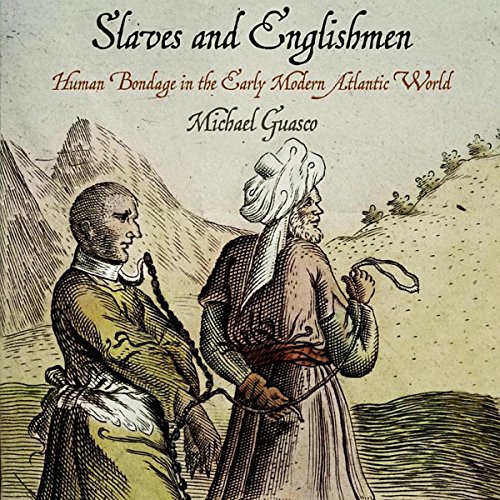 Technically speaking, slavery was not legal in the English-speaking world before the mid-17th century. But long before race-based slavery was entrenched in law and practice, English men and women were well aware of the various forms of human bondage practiced in other nations and, in less systematic ways, their own country. They understood the legal and philosophic rationale of slavery in different cultural contexts and, for good reason, worried about the possibility of their own enslavement by foreign Catholic or Muslim powers. While opinions about the benefits and ethics of the institution varied widely, the language, imagery, and knowledge of slavery were a great deal more widespread in early modern England than we tend to assume.

In wide-ranging detail, Slaves and Englishmen demonstrates how slavery shaped the ways the English interacted with people and places throughout the Atlantic world. By examining the myriad forms and meanings of human bondage in an international context, Michael Guasco illustrates the significance of slavery in the early modern world before the rise of the plantation system or the emergence of modern racism. As this revealing history shows, the implications of slavery were closely connected to the question of what it meant to be English in the Atlantic world.

"A stimulating book.... Guasco presents a gamut of events and institutions that rendered slavery familiar to the English within and without." (Journal of Southern History)

"With an admirable global perspective and a breathtaking array of sources, Michael Guasco recasts the history of the English experience with slavery." (Alison Games, Georgetown University)

Still trying to ascertain whether the author is sugarcoating the history.

The man reading sounds like he's performing an infomercial, which is especially annoying given the subject.