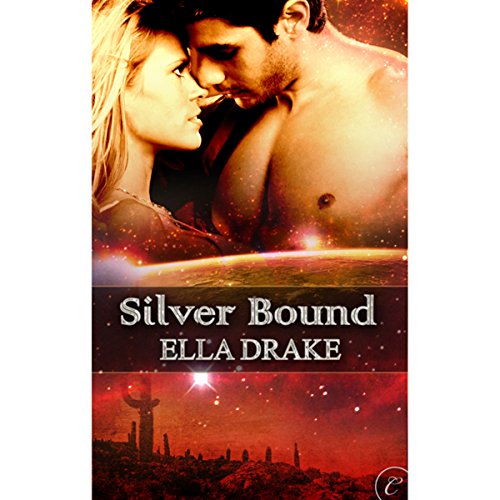 Sheriff Guy Trident doesn't have much to do with off-worlders; he has his hands full keeping his own planet safe. But he'll do anything, go anywhere to save Jewel Quinn. She broke his heart years ago when she left to marry a Terraloft aristocrat. Now she's run away from her husband, only to fall into the clutches of slavers.

Posing as a wealthy playboy, Guy arrives at Zuthuru Station to learn he's too late: Jewel's memories have been erased. She's been tipped in silver, a process that leaves nothing behind except her body, sexually bound to pleasuring her master. Unwilling to give up hope, Guy buys her.

Jewel fights to reclaim herself, recalling a different connection to the handsome sheriff, remembering the frightened eyes of a young boy and the events that made her run. Together she and Guy search for her cure, plan her son's rescue from her ruthless ex, and test if they have any kind of future...before the past catches up to them.

What listeners say about Silver Bound

This was a gamble for me but I'm SO glad I bought it - it has a sexy 'cowboy type' hero rescuing his true love from the evil clutches of her gangster husband who has had her silver tipped (making her a sex slave).

It's a sci-fi romance with sex and a good plot/story.

I HIGHLY recommend this listen, add it to your cart and enjoy !!

Loved the concept. Smart basis for science that considers downside of application. Would like another

This was a nice story and I did enjoy it however there was so much detail at first I had a hard time understanding it all. I wish there had a been a little more detail around why she returned to her ex. I think I understand it but the explanation was so brief if felt superficial. In the end, I got my HEA which is why I love Audible Escape titles.