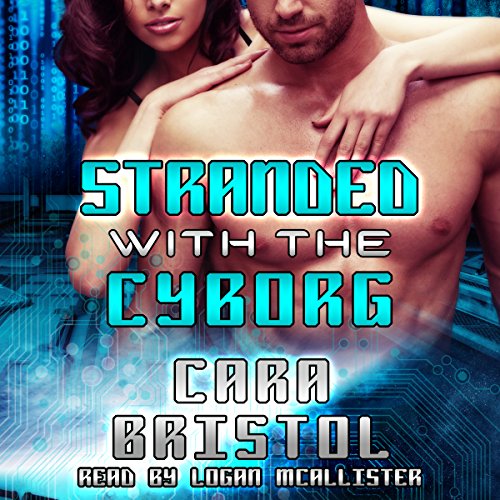 Stranded with the Cyborg

Stranded with the Cyborg

Ten years ago, Penelope Isabella Aaron had been a pain in Brock Mann's you-know-what. Much has changed in a decade: "PIA", as he code-named her, has grown up and is about to attend her first Alliance of Planets summit conference, and Brock has been transformed into a cyborg after a near-fatal attack. Now a secret agent with Cyber Operations, a covert paramilitary organization, Brock gets called in, not when the going gets tough, but when the going gets impossible. So when he's unexpectedly assigned to escort Penelope to the summit meeting, he balks at babysitting a prissy ambassador. But after a terrorist bombing, a crash landing on a hostile planet, and a growing attraction to his protectee, Operation: PIA may become his most impossible assignment yet.

What listeners say about Stranded with the Cyborg

Oh to be held in such strong arms !

The narrator was well chosen; the narration speed seemed a little too fast, but gave the story an enhanced tempo and tension.

What a great book. I want to catch every book written by Cara Bristol. I couldn't wait to finish, but I wish there was more. I don't want to leave these characters.

I really liked this story. It had action, good characters and sweet sex. The writing and story were entertaining, and I always love a cyborg.
It had surprises, lots of feeling and had very relatable characters. A book I would recommend.

This story seemed a little rushed. Both characters are luckible enough but I just didn't feel a connection between the two of them. Especially from the hero side. I will grab the next book hopefully it will be better

Stranded with the Cyborg by Carla Bristol, narrated by Logan McAllister

Thoroughly enjoyable! On to the next! Loved the audible issue!
Looking forward to author's other books.

Wished it was longer.

This story was good, but it could have been so much better. It needed more to the story. I liked what there was and wished for a full length story with more adventure on the planet. I wasn't a fan of the narrator he sounded like a robot and I'm not sure he knew that a cyborg and a robot are not the same thing. The book would have been better with a different narrator, but I was still able to enjoy the story.

What made the experience of listening to Stranded with the Cyborg the most enjoyable?

Having the story read to me while I was driving back and forth to work each day.

What was one of the most memorable moments of Stranded with the Cyborg?

When the cyborg regrows real human skin after he falls in an acid pool.

What does Logan McAllister bring to the story that you wouldn’t experience if you just read the book?

I guess hearing a male voice reading the story.

I thought the narrator was too robotic and stilted. Maybe that was the effect they were going for, him being part machine. I just didn't care that much for him. Not Bad or anything. I've just heard better narrators.