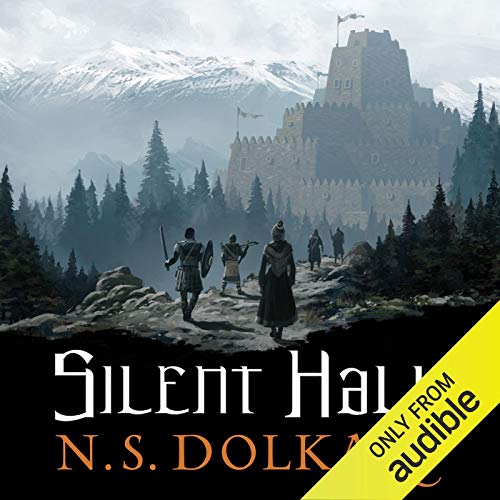 Five bedraggled refugees and a sinister wizard awaken a dragon and defy the gods.

After their homeland is struck with a deadly plague, five refugees cross the continent searching for answers. Instead they find Psander, a wizard whose fortress is invisible to the gods and who is willing to sacrifice anything and anyone to keep the knowledge of the wizards safe.

With Psander as their patron, the refugees cross the mountains, brave the territory of their sworn enemies, confront a hostile ocean and even traverse the world of the fairies in search of magic powerful enough to save themselves and Psander's library from the wrath of the gods.

All they need to do is to rescue an imprisoned dragon and unleash a primordial monster upon the world.

How hard could it be?

What listeners say about Silent Hall

Enjoyed this book . Wish the series was all in audible it was a nice escape into a land of mythology strong characters. Good story line came to care about the characters and their trails and peririous adventures. I'm older generation but this is what a good fantasy should be

I really enjoyed this book! The characters are engaging, and the narrator did a good job making them come alive. My only complaint is that the sequels aren't available for Whispersync! I hope they will come out with it. I'm disabled and really rely on that format!