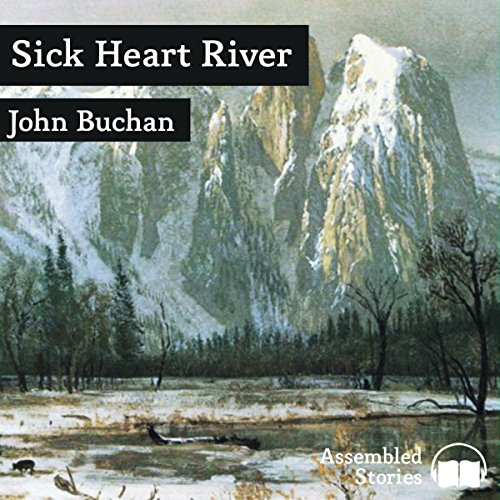 Shortly before the outbreak of the Second World War, Sir Edward Leithen is told that he has but one year left to live. He relinquishes his law practice and resigns from public office in order to make peace with himself and to reconcile himself with his maker. However, he also wants to die standing, not to creep into the 'bleak bag's end of life'. This will involve one last physical challenge.

An old friend, John Blenkiron, comes to him with a request. He is asked to find a young Canadian banker called Galliard, a man who, suffering from a personal crisis, has disappeared into the wilds of Northwest Canada.

The task stretches Leithen and his gallant companions to the limits of their endurance and ends with a heartrending choice for him. A local tribe of Indians has gone into decline and need his help to save their race, but the invigorating air of the region has begun to effect a cure of his condition. Should he help the natives at the risk of his own life or return to England and enjoy an unexpected reprieve?

This was Buchan's last novel, written when he was suffering from a terminal illness. More literary and introspective than his other adventure stories, it has been acknowledged by some critics to be his best. Listeners will certainly be made aware of the immensity of the author's heart and his sense of duty.

This is unlike the mystery/adventure stories that Buchan is known for. There is a bit of a mystery involved, but most of the story is about the main character's triumph over adversity in the Canadian North and his finding himself spiritually. My wife and I thoroughly enjoyed it. However, if you are mainly seeking a story of adventure and mystery, this may not appeal to you. The narration is excellent!