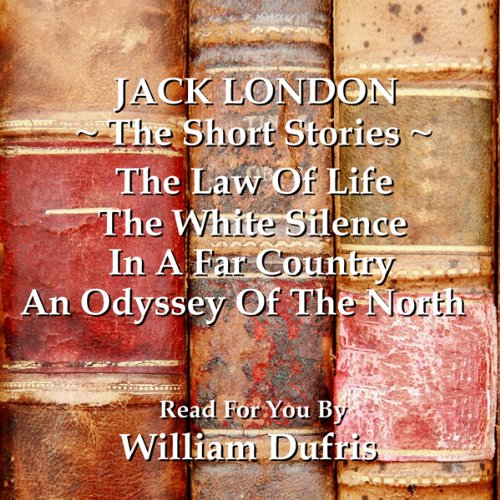 Jack London's tales of man's struggle against the forces of nature are universally popular. Best known for his novels The Call of the Wild and White Fang, London was also a prolific writer of short stories. This collection brings together four of his finest, all depicting the harshness of life in the frozen arctic wastes.

'The Law of Life' and 'The White Silence' offer sensitive insights into the psychological state of men facing death in the wildness; the lure of gold grips the heartstrings of two opportunists with disastrous consequence in 'In a Far Country'; and 'An Odyssey of the North' recounts one man's painful quest to reclaim the women he loves.

The reader William Dufris has worked thoughout Britain and the United States in theatre and has made numerous television and radio appearances for the BBC.