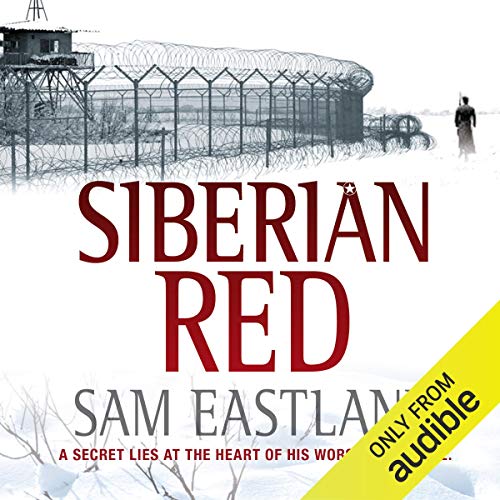 By: Sam Eastland
Narrated by: Steven Pacey
Try for £0.00

September 1939: The Second World War has begun. Even as the fighting rages in Poland, Stalin's long-time obsession with the missing treasure of Tsar Nicholas II is rekindled. An informant claims to know the whereabouts of the man entrusted by the Tsar with hiding his gold. As the news of the informant reaches Stalin, however, the man is knifed to death. Stalin summons Pekkala to the Kremlin and orders him to solve the murder.

To accomplish his mission, he must return to Borodok, the notorious Gulag where he himself spent many years as a prisoner. There, he must pose as a inmate in order to unravel the mystery. As he returns to the nightmares of his past, is this a mission too far for the great Pekkala?

What listeners say about Siberian Red

I love all of this series about Inspector Pekkala not just because it's a fascinating period of history but because Steven Pacey is absolutely masterful in creating an atmosphere for the characters. Excellent stories of which this is as good as the others. I didn't want it to end and cannot wait for the next one.

Loved it. Starting the next one right now . Even Stalin showed elements of humour. And was a great story. These need to be made into films please.