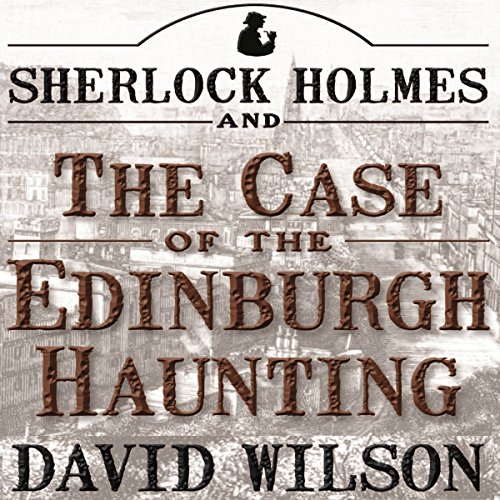 Sherlock Holmes and the Case of the Edinburgh Haunting

In March 1882, when John Watson is invited to Edinburgh to visit his cousin, the eminent Dr. Patrick Watson, he convinces Holmes to accompany him on what he believes will be a relaxing holiday. But where Sherlock Holmes tends to go, then surely a crime must be detected. What begins as a chance encounter of a seemingly simple mystery at an Edinburgh home soon takes Holmes and Watson into conflict with the Edinburgh Police, an investigation involving murder and corruption, and crossing paths with the local populace including Dr. Joseph Bell. As Holmes works more closely with a young Edinburgh constable on the case, it causes Watson to question not only his own position, but his very relationship with Sherlock Holmes.

The book itself is an excellent pastiche. This presentation, however, is fatally marred by substandard engineering. The narrator is fine, but his efforts for naught as it sounds as though he is declaiming from the bottom of a bucket. To further annoy the listener, a perpetual, albeit subtle electronic beeping that is as wearing as it is nervewracking is detectable throughout. This audio book should be remastered immediately.