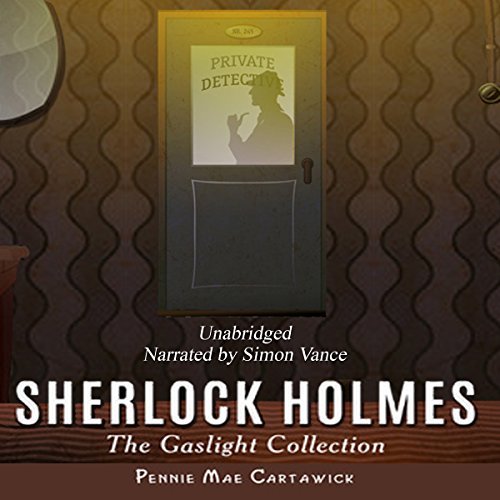 Season Tickets to a Crime Carnival

A woman's scream pierced the silence, and the tent erupted into chaos. I grabbed Watson's coat to steady myself as the audience swarmed down the platform and towards the exits. I could scarcely believe the reaction.

Watson to the Rescue

The woman nodded, coughing softer this time, and looked up at him. "You don't want to be fiddling around in the pirate business, Mr. Holmes...." she said quietly, raising her eyebrows.

My companion inhaled sharply, a deep staccato, then exhaled just as rapidly. "I do not think you understand, Ms. Pensey. This involves the death of an innocent boy, one I've seen around here, and this marking, the one that surely intended his unmerited demise."

The Mystery of the Poisoned Tomb

"Ah good morning, John, if we do not hurry then we shall miss the unveiling of the sarcophagus." He leaped up, feeling much better than I did, and chased me into my own room so that I could get changed.

There was a large crowd who had come to see the tomb. Holmes and I made our way through. I noticed Ini intently watching us. Mr. and Mrs. Fairfax were standing in the tunnel with someone from the Department of Antiquities. They had been waiting for us. The five of us made our way through the tunnel and back to the tomb. I couldn't wait to see if there really was a Pharaoh in the next room.

A Strange Affair with the Woman on the Tracks

Jane screeched at this further betrayal and went for Henry. They began to struggle. Henry was the stronger out of the two yet the woman's pain was unstoppable. His hands wrapped around her throat and Jane clawed at his face until she fell. She lay there, across the tracks, and was quite still. Mrs. Cavell gasped in shock and Henry ran past us back to the train. We stared down at Jane's body.

Simon Vance is my favourite narrator and didn't let me down. unlike the story written

This collection contains several stories already contained in another collection. Therefore, you are not getting your money's worth if you choose a selection of this writer's work.

Would you ever listen to anything by Pennie Mae Cartawick again?

Which character – as performed by Simon Vance – was your favorite?

He is marvelous in anything he narrates.

This writer is a waste of time. Boring or poorly characterized stories with repeats within the collections.