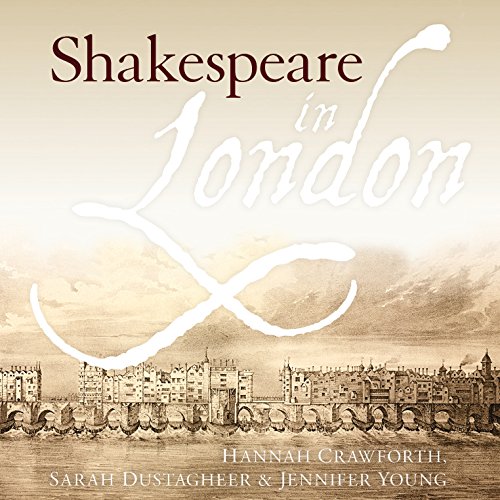 Shakespeare in London offers a lively and engaging new reading of some of Shakespeare's major work, informed by close attention to the language of his drama. The focus of the book is on Shakespeare's London, how it influenced his drama, and how he represents it onstage. Taking listeners on an imaginative journey through the city, the book moves both chronologically, from beginning to end of Shakespeare's dramatic career, and geographically, traversing London from west to east. Each chapter focuses on one play and one key location, drawing out the thematic connections between that place and the drama it underwrites.

Plays discussed in detail include Hamlet, Richard II, The Merchant of Venice, The Tempest, King Lear, and Romeo and Juliet. Close textual readings accompany the wealth of contextual material, providing a fresh and exciting way into Shakespeare's work.

What listeners say about Shakespeare in London

I started this with great interest, but was turned off within an hour. If one takes out the endless signposting of what the book will describe, you can chop out about 10%, but the major issue is the desperately ponderous prose. As an example, the book takes about 10 minutes to come to the conclusion that Titus and Andronicus was so violent because London was much more violent at the time, and that this was why it fell out of favour later. Wow, I would never have guessed. All of this might be fine if it were written in a lighter, pacier style. But in reality, it is reminds me of my own A-level essays written a thousand years ago; slow, dull and not worth reading. I have a new respect for, and guilt towards, my old English teachers.

A most important read!

This book is critical to a full understanding of Shakespeare's writing and thinking. I loved it because it helped me to have a fuller grasp and perspective of the times, the political environment and the thinking of the period and of William Shakespeare.