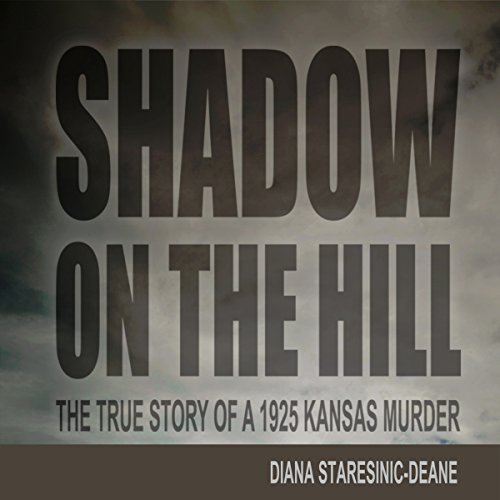 Shadow on the Hill

By: Diana Staresinic-Deane
Narrated by: Kenneth Lee
Try for £0.00

It was the most brutal murder in the history of Coffey County, Kansas. On May 30, 1925, Florence Knoblock, a farmer's wife and the mother of a young boy, was found slaughtered on her kitchen floor. Several innocent men were taken into custody before the victim's husband John was accused of the crime. He would endure two sensational trials before being acquitted.

Eighty years later, local historian Diana Staresinic-Deane studied the investigation, which was doomed by destroyed evidence, inexperienced lawmen, disappearing witnesses, and a community more desperate for an arrest than justice. She would also discover a witness who may have seen the murderer that fateful morning.

What listeners say about Shadow on the Hill

The author has crafted a very good mystery. Just try following rural police procedure in 1925. Later in the book we find the defense team challenges the professional qualifications of 2 different bloodhound teams - who knew they could think that up? A lovely woman was bludgeoned to death during the few hours her husband and son were in town. Who did it, clues that appear and disappear, the rumor mill, neighbors who saw something but say nothing, interviews with decedent's 80 years after the murder, lots of newspaper articles written when reporting involved real investigation.... rural Kansas with its milk separators, egg washing, real lard, lack of hygiene, working poverty where hard rains will cancel drives to neighboring towns. My father was the same age as the little boy in this family.