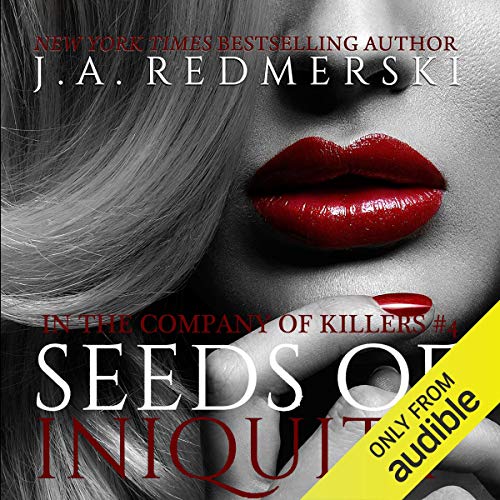 Victor Faust's new Order is growing. Business is good as there is no rest for the wicked in an underground world of hardcore criminals and contract killing. Relationships among the operatives have changed little over the past year - but things are about to change now, and all six high-ranking members of the new Order will be blindsided by an unlikely enemy. Loved ones whose only ties to Victor's organization are their relationships with its members, are abducted. The price to get them back safely - the six must confess their deepest, darkest secret to this mysterious young woman named Nora, who is as deadly as she is beautiful, and who seems to know more about each of them than they know about each other. And although no one has any clue about who Nora really is, it becomes clear that she also isn't who she appears to be.

So much more is at stake than secrets and the lives of innocent loved ones; with each member that Nora forces to confess, the truth about their dark pasts and their present objectives will cast suspicion, pit some against each other, and may tear others apart. Before the game is over everyone will know who this woman is and why she is here, but the damage she will leave in her wake could be the beginning of the new Order's destruction.

Whose dark secret will be the darkest of all? And can Victor's Order survive any of them?

What listeners say about Seeds of Iniquity

Seeds of Iniquity is Book 4 in the "In the Company of Killers" series. This is a thriller series that has some elements of romance novels (romance is not a genre I like). All four books available at Audible are superb. There is a Book 5 available as a Kindle book: The Black Wolf was released over 6 months ago. My request is that an Audible version be released.

The four novels in the series in my Audible library all have several narrators. The narration is outstanding.

What made the experience of listening to Seeds of Iniquity the most enjoyable?

What other book might you compare Seeds of Iniquity to and why?

The other books in the "In the Company of Killers"series.

I have only listened to Stephen Bel Davies and Kate Reinders perform the other books in this series. I have listened to Luke Daniels previously but never Nelson Hobbs. I thought they all did a super job. Very believable.

This was a really good addition to the series. I really enjoyed the new character Nora and think she will make a great addition to the organization. I do see a future evolving over time with her and Frederick. I was a little disappointed that he did not play a bigger role in this book but thought the story was excellent with the remaining characters. Quite a few cliff hangers to be picked up in future books. The new mission the proposed at the end of this book? Victor and Nicholas' relationship following devastating revelations? Isabel's training? And more. I truly look forward to the next installment. This is highly recommend.

This book was so intriguing I couldn't stop listening. I couldn't focus on anything but this story.

Victor receives a note that Dena the only mother Izabel has know is abducted. When arriving at Dena's house she is gone and another note is left telling Dorrian to call his x-wife (who has also been abducted) and a location for the New Order to meet the abductor. They also find out that Woodard's, the computer geek, two daughter's are abducted.

Victor, Dorrian, Niklas and Izabel go to the location and after receiving a competitive beating from Nora they capture her and take her to the New Order facility to be interrogated. Nora tells them that she knows a deep dark secret that each of them are hiding and they must confess the secret to save the lives of the abductees.

Some of the secrets Nora actually knows others she doesn't know but she is a master manipulator and very intuitive. With her skills she is able to get a few to confess without actually knowing their secret. While the confessions take place Victor and Niklas figure out where Nora came from.

When Fredrik shows up Nora knows she will not get a confession from him instead he will interrogate her. This is the scene that made me cringe, my heart race, and many OMG's said by me.

Absolutely worth the credit and an essential part of the series.

NOTE TO AUDIBLE: Book 5: The Black Wolf and Book 6: Behind The Hands That Kill are in print and WE NEED AT LEAST BOOK 5 NOW!!!!

This book is getting more and more interesting! I am so hook! Nelson, Kate, Luke and Stephen did an excellent job at narrating

I'm loving this series. I can't get enough of this thrilling and entertaining series. Narrators did an excellent job bringing all the characters to life. You definitely want to start with the first book, Killing Sarai.

I love this series. I loved Izabel's narrator, and I loved the background narration she did for Nora. It was perfect. Niklas' narrator was also very good both in performance and his German accent. The one thing I could not stand about this was Victor's narrator. He dragged out the end of every sentence, had a weird mischevious playful tone to his voice rather than the confident unshakeable character he portrays in the actual book.

Always a twist at the end. Never saw this one coming! I'm definitely hooked on this series, you are gonna love this.

I love this series, great characters, great stories and now a new girl to the crew and she is perfect for The Order!

Where does Seeds of Iniquity rank among all the audiobooks you’ve listened to so far?

This was a good book, but Isabell is super annoying!

What was one of the most memorable moments of Seeds of Iniquity?

I enjoy the different voices and accents.

It was, but there were times I was annoyed and frustrated, so much so that I wanted to give up on the whole thing.

Not great but not bad either.

Would you try another book from J.A. Redmerski and/or the narrators?

Yes. I plan to read The Black Wolf eventually, preferably when the audiobook format is available, although I already own the e-book format.

If you’ve listened to books by J.A. Redmerski before, how does this one compare?

It didn't compare as favorably to The Swan and The Jackal (In the Company of Killers #3) or any of the previous novels in the series, but it was a decent effort. I liked the new narrator Nelson Hobbs quite a lot as Niklas.

Niklas. His narrator, Nelson Hobbs, was excellent, and Niklas had the most interesting story arc in this installment.

Do you think Seeds of Iniquity needs a follow-up book? Why or why not?

I'm already on board to read The Black Wolf (In the Company of Killers #5). The synopsis sounds intriguing, and I really hope that Nelson Hobbs returns as the narrator for Niklas.

I think The Swan and the Jackal (In the Company of Killers #3) was so amazing that any immediate sequel would have a hard time matching its greatness. Nora as an instrument of conflict, while clever, failed to interest me much. I understood her role, but I felt indifferent to her back story and her motivation the entire novel. Overall, discovering the secrets of the returning members of Victor’s new organization was interesting, Niklas's secret being the most interesting of all. I look forward to seeing what future role Dorian, Niklas and Fredrik will play.