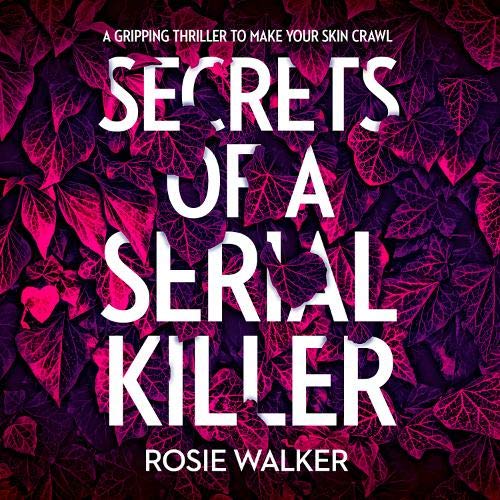 Secrets of a Serial Killer

By: Rosie Walker
Narrated by: Fiona Boylan,Nicholas Camm
Try for £0.00

An edge-of-your-seat serial killer thriller that you won't be able to pause!

There it is: fear. Its crawling all over her face and in her eyes, like a swarm of insects, and its all because of him.

A serial killer has been terrorising Lancaster for decades, longer than should ever have been possible. The police are baffled, eluded at every turn by the killer whose victims span generations. Speculation is rife among the true-crime forums; is someone passing on their gruesome trade?

Every local mother's worst nightmare has become Helen Summerton's reality: he's taken her daughter, Zoe. As the clock runs down, so do her chances of survival. Can Helen unearth the secrets of the killer before its too late?

Perfect for fans of The Whisper Man, What You Did and Don't Even Breathe.

What listeners say about Secrets of a Serial Killer

Brilliantly structured and written with designed in open ends to allow the reader to conclude the missing pieces of the plot. It is very cleverly written , examining personal situations , feelings and experiences showing that the author has a broad awareness of people and how they think and feel. A story you will want to read again and again and look for other work by this author.

I was impressed hugely with the stark contrasts within this book. On the one hand there is the likeable, and plausible, ‘niceness’ of the main characters. This compared to the absolute horror that is the psychopath. I couldn’t stop listening. Lots of layers. I like that.

The actors reading the book brought it completely to life. They delivered, with total conviction and skill, the creepiness and the terror within.

I rate thus book highly because it shows such promise and skill. This author has worked hard to hone her skills and I can’t wait for her next book.

I enjoyed the story, well written which kept you hooked. Wasnt too keen on the female narrator. She seemed to leave gaps in talking where there would have been a comma, it meant that it felt disjointed.

I looked up the author to find this was her first novel? I think it was great and I’m really excited to see what she does next. The narrators did a fantastic job and I love that there are 2!

As for story I was hooked! It was pretty difficult to put down. I did kinda call a small twist at the end but it was really satisfying when it happened. She definitely does a great job at laying clues and building the world/story.