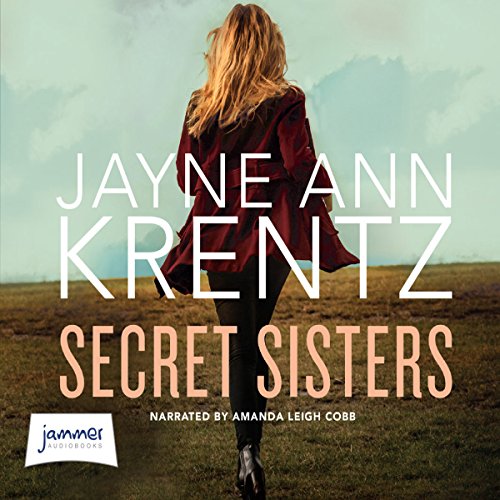 Madeline has returned to Washington after her grandmother's mysterious death. And at her family's old, abandoned hotel, a dying man's last words convey a warning: the secrets she and Daphne believed were buried forever have been discovered. Now Madeline and Daphne will be reunited in friendship and in fear.

Madeline summons Jack Rayner, and with his brother Abe's assistance a high-tech magician, the four of them will form an uneasy alliance against a killer who will stop at nothing to hide the truth.

"Buckle up and expect to lose sleep, because just when you think you've figured it out, Secret Sisters will throw you a new curve." ( Bookpage)
"A suspenseful, romantic escape." ( People)

What listeners say about Secret Sisters

As a fan, not as good as previous novels

I really disliked the narrator's performance. The voice of Jack was, pun intended, grating. The story is ok but some facts are repeated as if the reader/listener is an idiot. Some words and phrases are also repeated to a point where they become trite. I'm a huge fan of JAK but this book doesn't meet the standard she set with her other books.

Another page Turner, you can't put down.

Well Jayne Ann Krentz, another of my favorite authors (who writes under 3 different names), has done it again with descriptions and characters that come to life with hidden secrets, including brewing romance, danger, suspense, murder and maybe a happy ending. NO SPOILER ALERTS HERE. Already pre ordered her next book - I think its coming out in Nov. 2016. I really want the next Jayne Castle and Amanda Quick books too. Those are her
other writing names. Each with a different genre . All Awesome!!!!! Highly recommended all her books. You won't be disappointed. Just wish she could write faster lol. Amazingly talented women, thanks for the many hours of enjoyment you bring to me and others. I know you probably get this alot, but as now being permanently disabled for 14 years and 17 years of nursing under my belt. My mother introduced me to your books when I was a teenager.
A loyal fan for life. Sincerely, a loving and greatful fan. Aloha