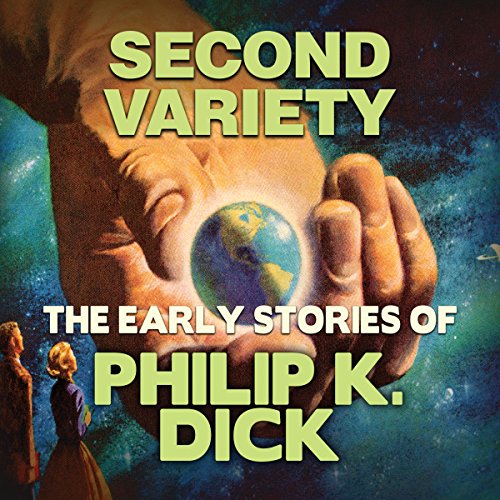 In Second Variety, UN forces have retreated to a moon base in the aftermath of early Soviet victories in a nuclear conflict. In response, the UN forces developed special robots, called "Claws", which feature spinning blades and rudimentary artificial intelligence. Six years later, the Soviet leadership asks for negotiations to end the war. A UN officer travels back to earth to discover that not only have the Claws learned to replicate themselves, they have also created a much deadlier cyborg that threatens humanity itself. The inspiration for the movie Screamers.

What listeners say about Second Variety

Another good book but maybe not worth a credit

Its just shy of 2 hours long! Appreciate the story though but suggest you spend credits on something more worth while.

The story is truly wonderful. A gripping tale of morals and rampant technology. The performance was adequate, kind of monotone and sometimes of pacing.