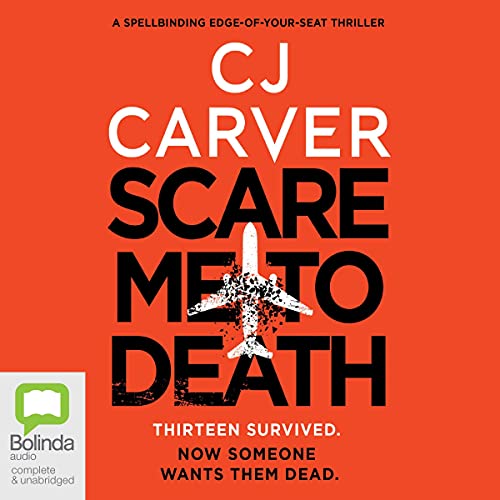 Scare Me to Death

Scare Me to Death is a twisty and fast-paced crime thriller that will keep you on the edge-of-your-seat from award-winning author C.J. Carver.

A homemade bomb exploded mid-air, killing 214 people on board.

Sixteen years later, one of the survivors is found brutally bludgeoned to death. It looks like a crime of passion, but DC Lucy Davies knows something is wrong. They were trying to find the bombers.

Lucy’s search for the killer brings her into conflict with her long-lost father - who has his own secrets. Dangerous secrets which Lucy must expose so she can confront a vicious murderer with only one thing on their mind.

Keep on killing to stop the truth from being revealed.

What listeners say about Scare Me to Death