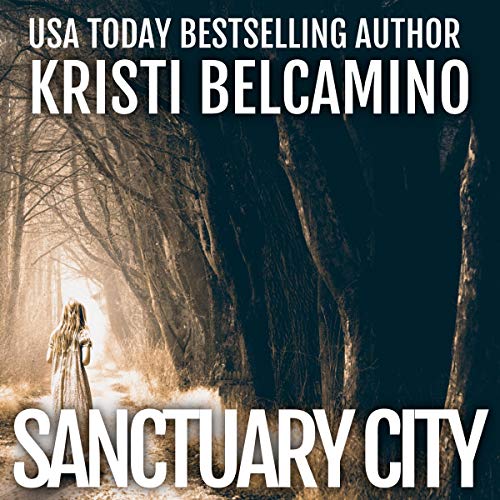 By: Kristi Belcamino
Narrated by: Petrea Burchard
Try for £0.00

There is something terribly wrong in Sanctuary City.

When Maggie Bychowski starts her new job as a police officer in Sanctuary City, the small northern California town appears as bucolic as its name.

But three young girls are beginning to find out that their beloved home town has a dark, writhing underbelly.

When Shadowman, an online fantasy character, starts luring local girls into doing his deadly bidding, Maggie is the only one who can save the town from a powerful evil that threatens to destroy everyone and everything in its path.

As Maggie attempts to save others, she soon realizes she is putting a target on her own back and everything she loves. She is faced with a terrible choice: Risk it all or lose it all.

What listeners say about Sanctuary City

I hadn't read any previous books by Belcamo, and as I'm not a fan of Stephen King books, I wasn't sure if I would enjoy this one after the scary beginning. But thankfully there was no gratuitous horror although there were times when the hairs stood up on my back. I liked the cop Maggie, who was well fleshed out, and I could identify with her difficult professional life and financial worries. The book often switched from Maggie's perspective to that of one of the teenage girls, which I enjoyed. I listened to the audio book in the UK. Petrea Burchard, the narrator, drove the plot forward with just the right amount of tension, and I liked listening to her neutral American accent. I couldn't put the book down once I started, but the ending left me wanting more because the plot was not entirely resolved at the end, and hinted at a sequel. I'd love to continue with the story of Maggie in Sanctuary City.

Sanctuary City
Maggie thought she finally had a job that would help with the bills, and her daughters care, by being a police officer. Little did she know of what was really going on. She was not one of the boys at work, and getting the brunt of jokes. When girls were being lured to a mansion, no one seemed to want to do anything about it, she decided she would, but at what price. Tense, gripping to the end.
The narration by Petrea was excellent her voice was good and added to the story. Given audio for my voluntary review

I was lucky enough to have gotten a free audio book code from the author. I am volunteering to leave this review. Fantastic book plenty of twist and turns.