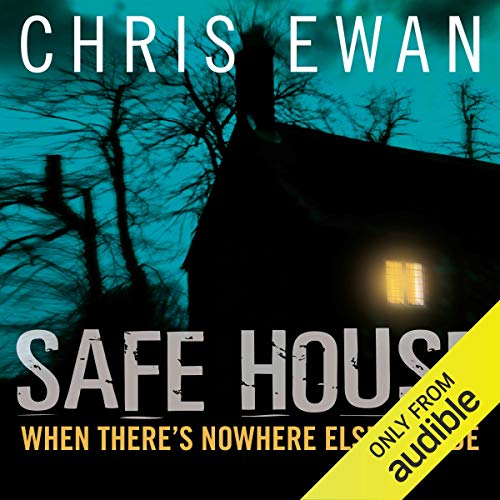 Sometimes hiding isn't your only option... When Rob Hale wakes up in hospital after a motorcycle crash he is told that Lena, the woman he claims was travelling with him, doesn't exist. The woman he describes bears a striking resemblance to his recently deceased sister, Laura, but has he really only imagined her? Rob sets out to find the answers to who Lena is and where she has gone. He is aided by Rebecca Lewis, a London-based PI, who has come to the Isle of Man at the behest of his parents to investigate his sister's suicide.

But who is Rebecca really and how did she know his sister? Together Rob and Rebecca follow the clues to discover who took Lena. In doing so they discover that even on an island where most people know each other, everyone hides a secret, and that sometimes your best option isn't to hide but to stay and fight.

What listeners say about Safe House

This is my 1st audiobook and it's been excellent. The story is gripping and well written. It takes a while to get into the narrator doing all the different characters voices but after the first few chapters it adds to it I think :)

I'd never heard of Chris Ewan but I loved this

A really good story, I almost missed my stop on the bus one day because I was so engrossed in the story!

A good read (or listen!)

I listened to this book on Audible having checked out a list of popular audiobooks and this came near the top. It is a good book to listen to with plenty of action. The narrator has a good voice and delivery and helps to bring the story to life. As is the case with these sort of stories perhaps the plot is a bit far fetched, however if stories weren't a bit far fetched they would be fairly dull, so I think that this is acceptable. Chris Ewan manages to keep the story moving along at a good pace and you never believe that he is padding things out or has lost his way.

I won't detail the story line, I am sure that others will do that!

However I would recommend giving this story a chance.

Thoroughly enjoyable. Interesting characters, some clever & some downright evil ! Lots of twists. My favourite narrator too.

This'll take your mind off things: A tale of suspense read by the brilliant Simon Vance. Hooks you from the start. What the hell is going on?

This book is very violent!

The story was interesting but did not require the level of descriptive gratuitous violence which at times I found sickening, and I am a member of the medical profession!

Good story with lots of twists but at times I got a little annoyed with the main character, he was useless at times. the author described things in great detail..almost too much on occasion..in one part describing several types of tape!

A good story but a bit too gory.

Unlike previos novels by Chris Ewan, Safe House is far from funny, even though it does have its lighter moments. A few scenes are quite brutal and, for my taste, way too explicit.
Simon Vance is, as usual, excellent.
So, back to The Good Thief's books....