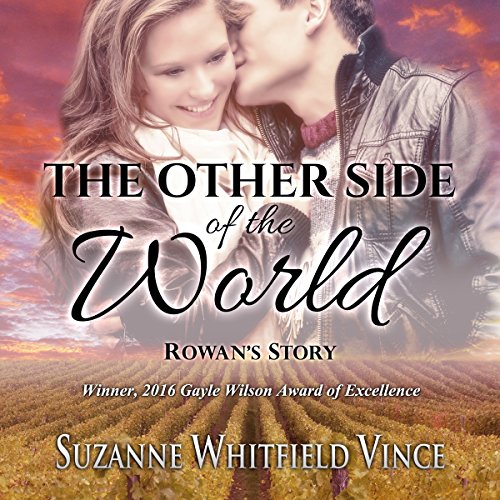 Sometimes, love can surprise you.

Rowan McClain has everything a girl could ask for: a handsome, charming husband and a successful career as a romance writer. But when Prince Charming's affections begin to wane and her mother's cancer returns, Rowan's perfect world begins to crumble.

When Army Lieutenant Luke Cartwright arrives in Iraq, the last thing on his mind is falling in love. But when a friend gives him a copy of RJ McClain's book, he writes a letter to the author using his friend's name on the return address. After exchanging several letters and sharing their deepest secrets, the two become unlikely friends.

The happily ever after?

After a year with no letter from Iraq, Rowan becomes convinced that the soldier she had befriended has been killed in the line of duty. Now divorced from her husband, she moves on with her life. But when her sister sets her up on a blind date with a soldier named Luke Cartwright, Rowan begins to feel as though she has met him before. Will she give into her feelings for him? Or will thoughts of the man she had come to love through his beautiful letters keep her from giving her heart to Luke?

Good Things Come to Those Who Wait (and Listen)

Ms. Vince has given us a beautifully written if somewhat unconventional love story that has the reader rooting for the main characters to overcome obstacles of war, separation of continents, and miscommunication, just to name a few. It is an emotional journey with Luke, a lonely but dedicated Army Lieutenant with no family ties and warm and compassionate Rowan whose attractive husband began checking out of his marriage when Rowan left her career as an accountant to become a successful romance author. He's a man too weak to share life with a successful woman.

The book is beautifully narrated by Elizabeth Siedt who brings the characters to life and stays out of the way of the story. I was only disapointed at the end because like most good books, I just didn't want it to end. Thank goodness, its part of a series!