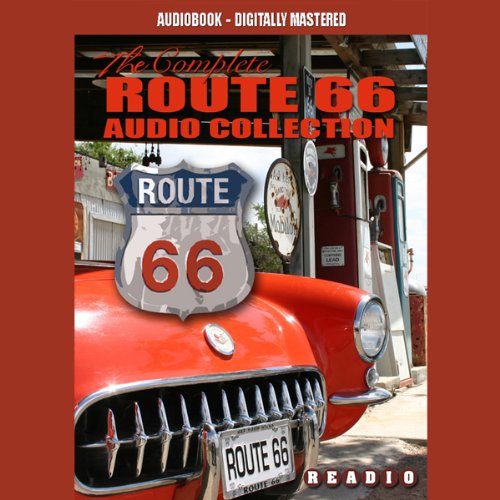 For three generations of travelers, Route 66 was the highway that linked America together. It was The Mother Road and there was never another like it. Hear the stories of the tourists, the Okies, the wartime GI’s, the people who ran the tourist courts and cafés…the famous and infamous. There’s history in the Land of Lincoln, a cave in Missouri, Indian jewelry in New Mexico, a jackalope in Arizona, and the Santa Monica Freeway at the end of the road.

From Grant Park in Chicago to the Pacific Ocean, Route 66 wound its way through eight states. The old road has seen it all. In the first days of Route 66, when the road was being built in bits and pieces, there was little time for sight-seeing. As the road improved, so did cars. Now, people were willing to get off the main road and venture down mysterious little side roads leading into strange little villages. Travel off the beaten path, just a few miles from Route 66.

This was a great book, I loved it. Lots of good information that I did not know.

I liked this. I am a pretty old guy and I traveled Route 66 back in the 50's when I was a kid, in a 1952 Plymouth station wagon with no air conditioning, so it brought back a lot of memories for me. It tells and interesting history and gives insight into what life was like back in those days: a lot simpler and in many ways better.