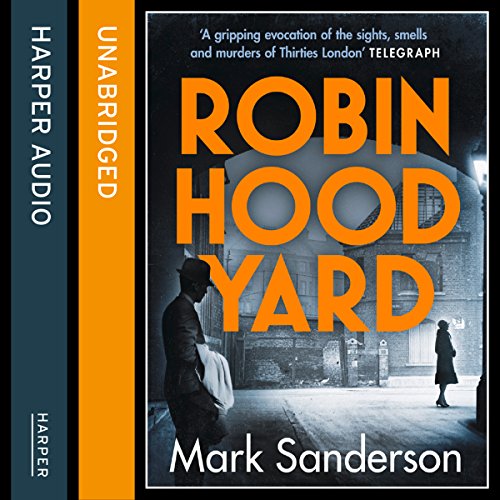 London, 1938. With a world war on the horizon, a shocking crime begins to unfold - and one reporter knows too much to be allowed to survive.

An absorbing and gripping mystery from the critically acclaimed author of Snow Hill.

November, 1938. Europe is teetering on the edge of war.... Anti-Semitism is on the rise in Britain, and a serial killer is at work in London.

Johnny Steadman, investigative journalist, is called to the scene of a gruesome murder - a man has been tied to his bed, mutilated, and left to bleed to death. This is the second time the killer has struck, and it won't be the last.

Together with DC Matt Turner, Johnny tries desperately to find a link between the victims.

When the next Mayor of London is subjected to a vicious Anti-Semitic attack, Johnny begins to wonder if the two cases are connected. Against a backdrop of escalating violence in Nazi Germany, he uncovers a shocking conspiracy that could bring the United Kingdom to its knees. But will Johnny live to tell the tale?

"Powerfully atmospheric. A compelling journey into the dark heart of the Square Mile" (Jake Arnott)
"Snow Hill is a dashing and compelling addition to the distinguished file of the London crime and punishment novel" (Melvyn Bragg)
"Sanderson sports a narrative grasp that won't let the reader go…His ace in the hole is the pungent evocation of time and place. London of the 1930s is conjured with immense skill" (Independent)
"Elegant, unpretentious writing, a strong build-up of suspense … emotionally believable and intriguing. Snow Hill has undeniable page-turning appeal" (Financial Times)