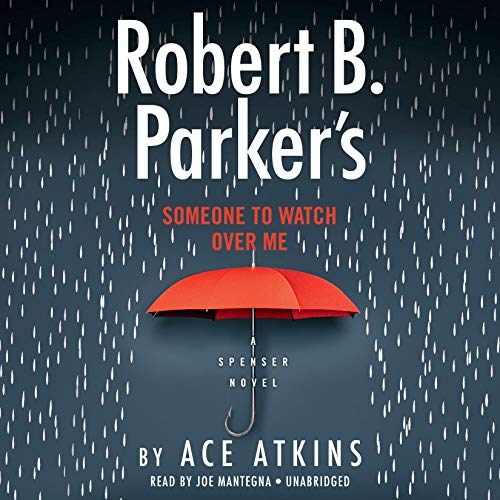 Robert B. Parker's Someone to Watch Over Me

By: Ace Atkins
Narrated by: Joe Mantegna
Try for £0.00

In the latest thriller featuring the legendary Boston PI, Spenser and his young protégé Mattie Sullivan take on billionaire money manager running a network of underaged girls for his rich and powerful clients.

Ten years ago, Spenser helped a teenage girl named Mattie Sullivan find her mother's killer and take down an infamous Southie crime boss. Now Mattie - a college student with a side job working for the tough but tender private eye - dreams of being an investigator herself. Her first big case involves a 15-year-old girl assaulted by a much older man at one of Boston's most prestigious private clubs. The girl, Chloe Turner, only wants the safe return of her laptop and backpack. But like her mentor and boss, Mattie has a knack for asking the right questions of the wrong people.

Soon Spenser and Mattie find ties between the exploitation of dozens of other girls from working class families to an eccentric billionaire and his sadistic henchwoman with a mansion on Commonwealth Avenue. The mystery man's wealth, power and connections extend well beyond Massachusetts - maybe even beyond the United States. Spenser and trusted ally Hawk must again watch out for Mattie as she unravels a massive sex-trafficking ring that will take them from Boston to Boca Raton to the Bahamas, crossing paths with local toughs, a highly-trained security company, and an old enemy of Spenser's - the Gray Man - for a final epic showdown.

"In this latest in his continuation of Robert B. Parker's beloved Spenser series, Atkins continues to do the late author proud....The talented Atkins delivers another engrossing thriller." (Booklist)

What listeners say about Robert B. Parker's Someone to Watch Over Me

Ripped from the headlines!

Not a stretch to say this plot line follows the Epstein debacle closely . The Epstein, Ghislaine parallels cannot be overlooked, and are at times tedious. However, it is such a joy to have Spenser back in Boston after California's Angel Eyes. Spenser, Hawk, Susan, Pearl, Henry, Mattie, Rita; old friends brought back to such vibrant, vintage Parker life. The plot may be formulaic, but this is vintage Spenser and Hawk...love it!

this one was a bummer

I don't understand the concept bring hammering the aging of the characters. It's not a winning strategy. it makes me feel "old" for being interested in the series. there's no reason the characters can't exist outside of "time".

In the tradition of this classic series; Spenser wears well over time! loved it

taken from the headlines Spenser and Hawk do what they do. All good! Do they ever get old?

Atkins channeling Parker and then some

Ace hits his stride with this one, delivering a great story with flawless depictions of our favorite characters. Yet even more, he has learned to include his own voice into the mix, realistically evolving the characters and creating an authentic experience. Joe did a great job as always although I found his voice for Mattie a little unnecessarily grating. But then again you cant please everyone all the time, so no real complaints from me, just praise for a wonderful addition to the Spencer universe and strong encouragement to buy this recording.

I'd recently watched the Spencer movie with Mark Wahlberg. This book went a long way toward getting rid of the awful taste that movie left me with. Ace is most definitely the writer for the job of keeping Parker's stories going.

Is any Spenser better than no Parker?

Having lived in Boston for some time, one of the many charms of Parker's books was his ability to put the texture of Boston on the page. Starting with the mispronunciation of names and words, as well as colloquialisms like Comm Ave., and such, the book falls severely short.
Hawk's, one of the most original presences in American detective fiction, and Susan's, a close second, presences are also perfunctory at best.
As to the plot, the real Parker dealt with these issues better elsewhere.

Joe Montania is my favorite narrator and Hawk is a favorite caracter. The child induction plot is not something i want to read about but it was still a good book.

Not Atkins Best Effort, for Sure ...

Very disappointing ... a lazy effort exploiting the Jeffery Epstein sordid saga. And what's with the incessant and useless time spent on a puppy dog, named Pearl ?
Feels like Atkins lost his way on this one ...

Skip this one even if you’re a Spenser fan

Not even Joe Mantegna’s excellent performance can save this latest effort by Ace Atkins to carry forward the adventures of Robert B. Parker’s elegant detective. It’s a poorly (and one supposes, hastily) contrived ripped-from-the-headlines plot involving a renamed but barely disguised Jeffrey Epstein and Ghislaine Maxwell. The dialog has no signal, the violence carries no moral weight, and a surprise twist only serves to take the air out of what should have been the climatic fight scene.

This is a rare clunker from Atkins.