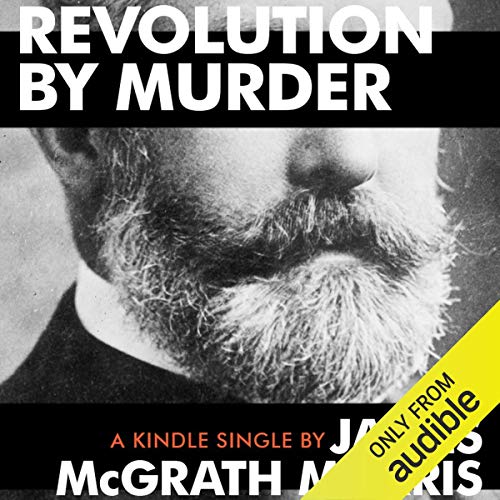 By: James McGrath Morris
Narrated by: Kevin Stillwell
Try for £0.00

The heart-pounding true story of the plot to kill the most powerful man in America.

In 1892, America was on the verge of another civil war, this one over industrial slavery. It was the era of robber barons, and none was more reviled for his harsh treatment of workers than industrialist Henry Clay Frick. The deadly Homestead Steel Strike that summer had left Frick with blood on his hands, and two young, impassioned radicals thought he should pay for his crimes. Answering the utopian call of a world without government, Alexander Berkman and his lover, Emma Goldman, set out for revenge in the name of the proletariat. Theirs is the story of revolution by murder.

A "dramatic, fast-moving new tale of violence and political activism," wrote Douglas Perry in a review posted on Oregonlive.com. "Revolution by Murder is a Kindle single, not a full-scale historical work. That means the story, at just 51 pages, is self-contained, the context flash-fried. But that's what Morris, the author of a well-received biography of Joseph Pulitzer, wants it to be. It might be little more than a snack for a serious history reader, but it's a tasty one."

James McGrath Morris is a biographer and writer of narrative nonfiction. His books include Eye on the Struggle: Ethel Payne's Journey Through the Civil Rights Revolution (forthcoming); Pulitzer: A Life in Politics, Print, and Power; The Rose Man of Sing Sing: A True Tale of Life, Murder, and Redemption in the Age of Yellow Journalism; and Jailhouse Journalism: The Fourth Estate Behind Bars. He lives in Santa Fe, New Mexico, and is currently writing a book about the friendship between writers Ernest Hemingway and John Dos Passos.

What listeners say about Revolution by Murder


This was the story of two anarchists who attempted to kill Henry Clay Frick, at the time was in charge of running Andrew Carnegie's factories and a brutal boss. He dealt heavy handedly with employees who wanted to join or were part of a union. During the infamous Homestead strike, Frick called in Pinkerton guards and killed many of the strikers and had others arrested and replaced. Anarchists Berkman and Goldman believed they were giving voice to the working man, but underestimated public moods. Americans at that time hated anarchists more and even the strikers distanced themselves from the attempt supposedly made in their name. A short, yet interesting read. Narration was great.

I'm not sure about the more flowery parts. But there is more truth in this short book than in my american education.