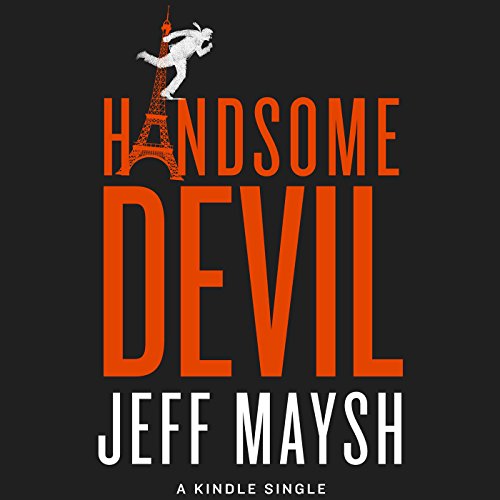 For fans of Catch Me if You Can and The Sting, Handsome Devil is the dazzling true story of Count Victor Lustig, history's most daring - and flamboyant - con man.

In Paris he sold the Eiffel Tower to scrap metal dealers, not once - but twice. His confidence games and sleight-of-hand scams relieved the filthy rich of their cash during America's depraved Jazz era. He evaded the law like a figure from fiction, slipping into disguise, leaping from jail cell windows, and leaving sneering letters for his enemies at the Secret Service. In Handsome Devil, acclaimed journalist Jeff Maysh brings to life one of the 20th century's most unforgettable public enemies, "Count" Victor Lustig, a dashing criminal mastermind and counterfeiter whose fake banknotes threatened to topple America's economy. Written in staggering detail and culminating in a desperate manhunt led by FBI director J. Edgar Hoover, Handsome Devil reveals the real man behind the myth: a genius who applied his talents to crime, and who kept a loving wife and daughter in the dark for most of his storied career. Set during America's original financial "bubble", Lustig's tale, from petty thief on the streets of Europe, to the most wanted man in the world, is the ultimate parable of American greed.

Jeff Maysh investigates outrageous criminal plots and urban legends. His deeply immersive stories have appeared in publications including the Atlantic, Playboy, and Cosmopolitan. His story about the rise and fall of the "Bombshell Bandit" for the BBC was named the best crime story of 2015 by Longform.org. He is British, and lives in Los Angeles.

Interesting story of a conman that gave Europe and the USA the runaround for years! His scams and cons were brilliant! I feel sorry for the marks ! But buying the Eiffel Tower for scrap! They must have felt really stupid! His love for his family is wonderful and typical of the time it's a lovable rogue story, sad ending really to an interesting life.