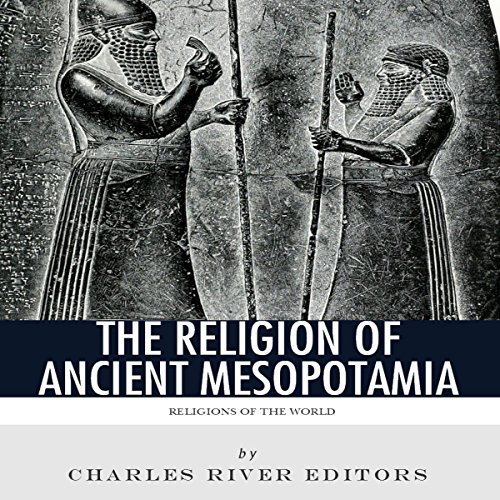 Religions of the World: The Religion of Ancient Mesopotamia

By: Charles River Editors
Narrated by: Alyda Oosterwyk
Try for £0.00

A lot of ink has been spilled covering the lives of history's most influential figures, but how much of the forest is lost for the trees? Throughout time, people have been religious by nature, and billions today adhere to unique faiths across the world. In Charles River Editors' Religions of the World, listeners can get caught up to speed on today's and yesterday's religions in the time it takes to finish a commute, while learning interesting facts long forgotten or never known.

Throughout history the world's most prominent religions have had intricacies that made them unique, yet many of them have also shared similar characteristics and stories. Nowhere is this clearer than in the religion practiced by people in ancient Mesopotamia, which also happens to be the oldest documented religion in the world.

Ancient Mesopotamian religion continues to captivate people for many of the same reasons today's best-known religions and their histories fascinate people. The religion practiced by the ancient Mesopotamians provides a certain mix between the mundane and the surreal, and at the same time aspects of it are both familiar and bizarre to people today. Some find themselves drawn to it based on its preeminent position in religious history as the oldest documented religion in the world.

What listeners say about Religions of the World: The Religion of Ancient Mesopotamia

A brief and incomplete survey

It needed to be about 10 times longer to even begin to cover the subject. Much of it was just translated texts with little introduction or discussion. I was skeptical of buying such a short audiobook, and rightly so.