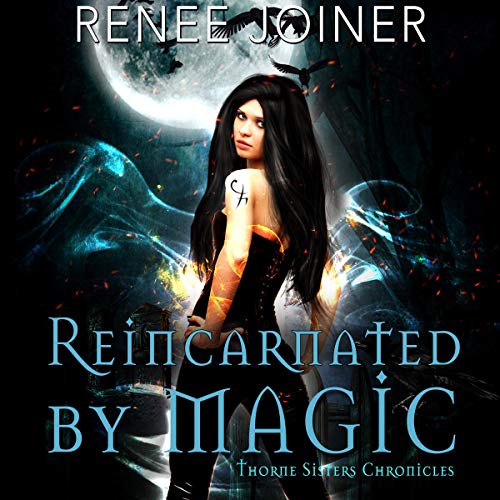 Seeing monsters is one thing, but what happens when you think you’re becoming one?

Locked up in the psych ward after she stabbed a teacher and lost her parents in a car accident, Rayven is at her lowest. She has no family to speak of, she can’t trust her own mind, and after five years keeping the visions and voices at bay, it all comes flooding back just as she’s about to be released for a second chance.

Memories that are not her own have Dr. Hewitt ordering her heavily sedated and reevaluated. Her life is as miserable as ever. No, make that worse. Because now, she’s been kidnapped by the new intern Caleb Woods, who swears the good doctor was going to have her killed and that she’s a reincarnated witch with a sister who needs her to remember her past life and harness her powers before it’s too late.

But Rayven doesn’t know who or what she can trust, not even herself, and one misstep after another lands her right in the clutches of Zachariah’s evil disciple, fighting desperately for her sanity and both her lives.

What listeners say about Reincarnated by Magic