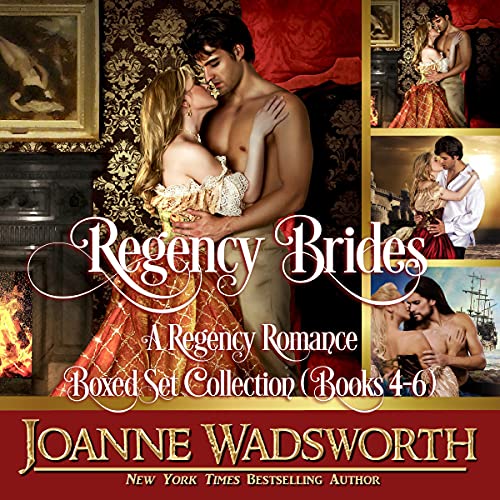 From New York Times best-selling author Joanne Wadsworth comes the number one best-selling The Earl’s Secret Bride, The Prince’s Bride, and Her Pirate Prince. Expect passionate happily ever afters, no cliff-hangers, and a series that can be enjoyed in any order.

Desperate to escape an evil fiancé, Lady Rosamonde turns to the man who saved her once before: her brother’s friend, the Earl of Winterly. Winterly devises a plan - for a secret marriage. A passionate Regency romance!

Captain Anteros Bourbon, a prince, must marry and produce an heir - but Anteros isn’t interested in taking a wife. He enlists the help of Lady Olivia Trentbury to be his pretend bride - but will a fake marriage result in real passion?

Prince Anteros is in pursuit of the corsair who has stolen Lady Olivia from his castello. No one will stand in his way, not when this prince can’t help but follow his pirate tendencies. This is a high-seas adventure set in the Mediterranean.

Each book in this series is stand-alone, and can be enjoyed out of sequence.