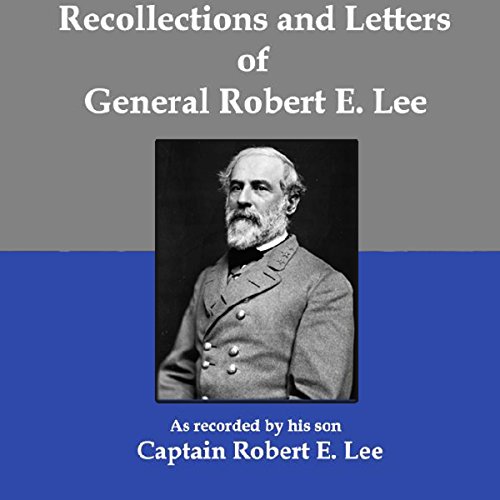 General Robert E. Lee was the most heroic figure of the Civil War, but to many, he is a solitary figure. This book fleshes out the man and reveals the workings of a great military mind and a warm, understanding, and generous human being. It shows all the facets of the general during the war; at the conclusion, when he was an outspoken proponent of a reasonable peace which would allow the South to rejoin the Union; and after the war, when he served as president of Washington College, and became a driving force for the creation of a viable educational system.

This anthology shows all these facets of the general, through his correspondence and through the revealing insight supplied by his son. No other collection of source materials gives such a whole and rewarding picture of one of the South's greatest sons and heroes.

This book by his son shares letters and recollections which reveal the man behind the soldier. It is a fascinating insight into the life of one of America's most celebrated generals. A very good listen.

What did you love best about Recollections and Letters of General Robert E. Lee?

I enjoyed hearing the closeness General Lee had with his family. The personal touches of reading his actual letters was an enjoyable way to learn the mans personality.

General Lee obviously was my favorite, but after that probably his sons.

One of them was how he responded to the loss of his fellow general and friend, General Stonewall Jackson.

I was really moved by his very earnest faith and how he wasn't afraid to show it.

I have purchase the book and wanted to read along with audio. Chapter 17 was missing. Maybe a problem with downloading. I try downloading twice. Same missing chapter.

The Civil War ended at hour #3 of this 12 hour audiobook, and focused almost entirely on Lee's life after the War, particularly his letters to his wife and children. Letter after letter to his wife and children... Shed no light on his thoughts and reflections on his role in the war, or the generals that he commanded. My takeaway was an appreciation for Lee's skills as a man of letters. It's a lost art in our times, but I was looking for more.