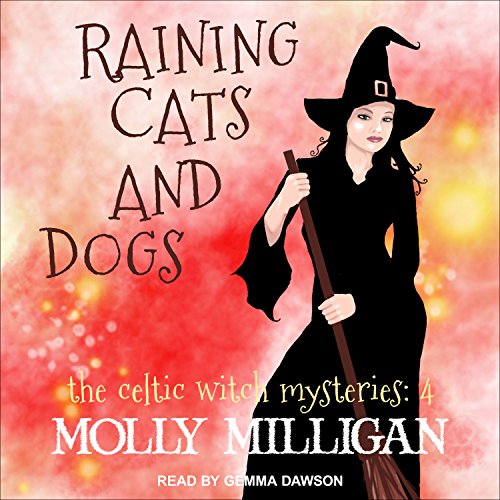 By: Molly Milligan
Narrated by: Gemma Dawson
Try for £0.00

More Welsh wonder and Celtic carrying-on from Bron the hedge witch, her American cousin, Maddie, and Dean the (dodgy) Druid. So what's Dean up to now in his secret little hut in the woods? Bron doesn't know, but she's got her suspicions.

It's midsummer in the small town of Llanfair, and there's been an influx of pagans who are here for the festival. In the middle of all the joy, a small child goes missing. He's found quickly, but he's different now. Changed, somehow. A changeling? Such an accusation drives a wedge between Bron and Maddie, but as events take a darker turn, they must work together - against the clock - to rescue the soul of the boy...and the heart of the town. The Fair Folk are trooping, the trees are guarding, the gnomes are watching, the vicar is...vicaring...and Bron must defeat an ancient foe. But it's not so easy when it's not good versus evil. Which side is Bron on, anyway?

What listeners say about Raining Cats and Dogs

I’m anxiously waiting for the next installment. I have listed to the four installments that Molly Milligan has crafted. Each storyline has been original and entertaining. The characters are well developed and continue to grow. Gemma Dawson has become the voice of this series.