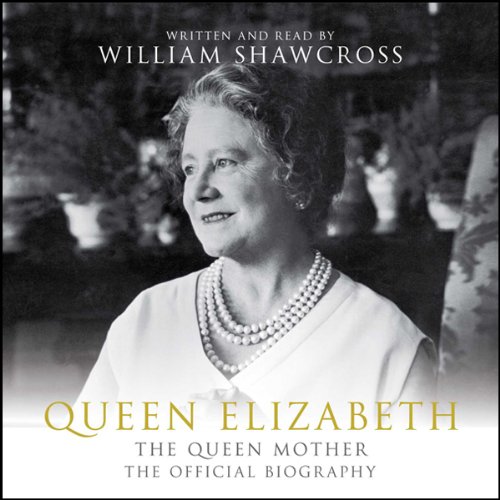 Written with complete access to the Queen Mother's personal letters and diaries, William Shawcross's riveting biography is the truly definitive account of this remarkable woman, whose life spanned the 20th century.

Elizabeth Angela Marguerite Bowes Lyon, the youngest daughter of the Earl of Strathmore, was born on 4 August 1900. It might reasonably have been expected that she would lead a life of ease and privilege, but few could have imagined the profound effect she would have on Britain and its people. Her life spanned the whole of the 20th century and this official biography tells not only her story but, through it, that of the country she loved so devotedly.

Drawing on her private correspondence and other unpublished material from the Royal Archives, William Shawcross vividly reveals the witty girl who endeared herself to soldiers convalescing at Glamis in the First World War; the assured young Duchess of York; the Queen, at last feeling able to look the East End in the face at the height of the Blitz; the Queen Mother, representing the nation at home and abroad throughout her widowhood. It is the definitive portrait of a remarkable woman.

What listeners say about Queen Elizabeth

This is a pleasant book that is easy to listen to. William Shawcross both writes and reads well, and obviously holds his subject in high regard. It tells the story of Queen Elizabeth's life from her Scottish childhood, through the abdication crisis, the war, and her widowhood, using letters, anecdotes and personal memories to enliven the narrative. Much of the material is known, of course, but some (like the closeness between Queen Elizabeth and Queen Mary which emerges clearly from their letters) surprised me.

This book is itself as much a reflection of a vanished age as was the Queen Mother herself: Shawcross writes from the vantage point of a devoted courtier in an age when royalty was always treated with deference and allowed to keep its distance; so the Queen Mum is always 'sparkling', 'gracious', 'serene' or 'charming', and any thoughts or emotions she might have are always moderate and appropriate. No unflattering episodes are included, no awkward questions asked, and no attempt is made to explore her personal role in or reaction to events such as the abdication crisis or the divorce of the Prince and Princess of Wales; so although the beautiful and gracious icon is preserved throughout, the book gives one little sense of what sort of person she really was apart from her public persona.

Nonetheless this is a very enjoyable survey of the life of an extraordinary woman who was greatly loved and whose quiet influence permeated public life in Britain for a century.

Stunning portrayal of a remarkable woman

An engaging and thrilling insight into a woman who wasn't meant to be Queen. Stunning!

Some could say that this was a little sugary sweet but I enjoyed it.

Very much an official biography

Gushing, flowery and uncritical, this is very much an official biography. It’s mostly enjoyable to listen to but its politically biased, reactionary and excessively deferential tone lets it down.

loved it, very easy to listen to. would highly recommend. a fascinating life, so much more to this lady than what I knew.

I had alot of giggles,and some tears over this biography,a life well lived....good narration and well written.i could not stop listening.She certainly came at the right time for Our Country.