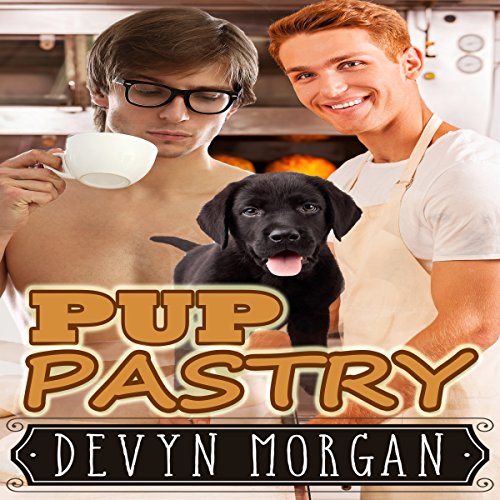 Focused on the success of his bustling veterinary clinic, Jack has given up on trying to find the man of his dreams. Little did he know a black lab puppy with an affinity for chewing up socks would bring him exactly what he needed.

Russell is a trained baker with an adorable black lab puppy named Crusoe. Unexpectedly he wakes up to a sick pup that needs tending to. What starts as a day of stress and worry quickly turns into a chance meeting that just might change his life. He's had a string of bad relationships and he's sworn off men, but there's something about Jack the veterinarian that has him changing his mind.

Neither man has ever felt a connection this strong, but could a simple misunderstanding ruin their chance at love forever?

Pup Pastry is a gay standalone romance with a HEA and explicit scenes.

What listeners say about Pup Pastry

This story was very dull, and very slow. The narrator's voice was difficult to listen too. Mostly a flat monotone sound. I wouldn't recommend this story at all.