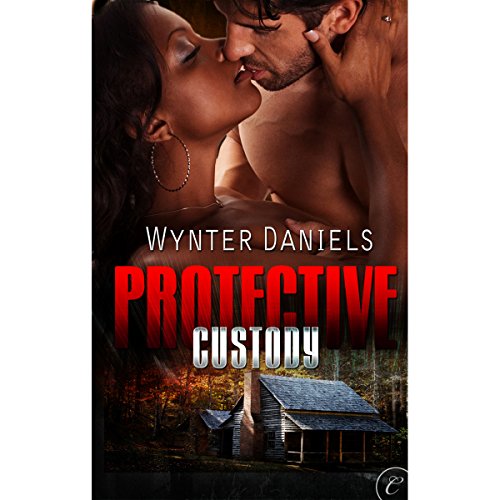 By: Wynter Daniels
Narrated by: Lola Holiday
Try for £0.00

Witness to a murder, but no one will believe her…

Shocked by the brutal crime she witnesses through the window of her small office, Megan Jackson calls the police and is devastated when they question the truth of her story. With no body and no evidence of a crime, she's written off as a nutcase.

Megan suspects the killer saw her face. Terrified, she calls the only person she can trust—her ex-boyfriend and former police officer, Will McCoy.

Despite a devastating breakup, Will jumps at the chance to help the woman who broke his heart. When the killer ramps up the stakes, Will is forced to take her into hiding—where the passion they once shared reignites, deeper and hotter than ever. But can Will keep Megan alive long enough to win back her heart?

What listeners say about Protective Custody

You can't protect people who hold information back. This woman was irritating at best. I didn't get the grandma thing cause no adult allows another, even a trusted one to dictate their life. I don't care how they raised a person cause somebody raised them. I am glad I could listen with escape cause I would not keep or reread thos story again.

I enjoyed this Thriller/Romance. It was a decent read with good narrations. Enjoyed it up until the end.............

It was good book -narrarator did a good job

Liked the characters. They weren't too bad. The heroine is strong (and afraid because of a killer), Our hero is sexy and does his best to protect his girl (or ex- girl as it was). The other characters are entertaining. I did not like the hero's voice. It wasn't sexy or deep but sounded dull . The story was well written. The plot moved, there was tension, and romance was good. Narrator did a good job reading between the dialogues. Great for an Escape selection.

I enjoyed the story but had to speed up the narration otherwise good plot. Thanks

I really liked this book and would recommend this book. It had a great storyline and sexual storylines, a great crime storyline and happy ending. It made me laugh, feel sad and mad. I wish this book was a movie or TV show. The couple was great together and I would have liked to know if they had children and a big wedding. I would like to have heard how he got on to his mother about how she treat Megan. Because, Megan got on to her grandmother for Will. A great BWWM HEA romance.

What would have made Protective Custody better?

If either character had had the sense to come in out of the rain the book would certainly have been better.

The heroine watches a murder and is glued to her spot - unable to call the police. Then she's chased out of her office by the murderer. Instead of going toward people she goes away from people. The next day after receiving threatening calls from the murderer she goes poking around the scene of the murder.

Can you spell too stupid to live?

The hero after making a big deal about how the heroine shouldn't be alone is too busy installing his bosses new TV to pick her up from work...

I rarely write bad reviews...but this was just awful. I didn't finish it...which is also rare.

I've listened to a lot of things since this. I listened to the 50 Shades Trilogy which I liked.

Lola's performance was okay. She frankly didn't have much to work with.

What character would you cut from Protective Custody?

It wasn't the characters that were bad - it was more that their actions didn't make sense. It was as if things needed to happen in the plot at certain times so the author just had the characters do things...things that made no kind of sense and made them look stupid.

heavy on sex, light on story

The story could have been a good one but way too much time was spent on the sex scenes. It seemed like the story was simply the authors device for delivering erotica. She did a good job doing that but I would have prefered to spend my time with the story itself.