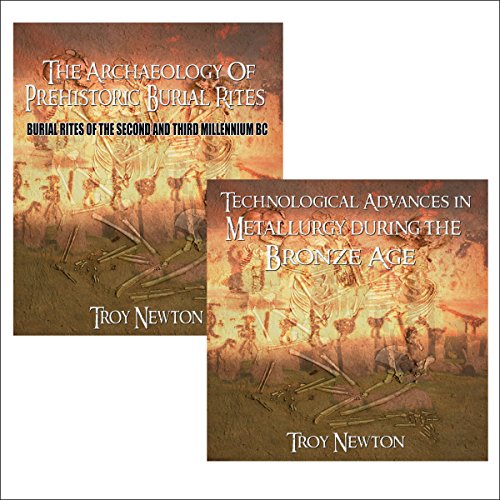 Prehistoric Burial Rites and Advances in Metallurgy in the Bronze Age: Archaeology of Britain

By: Troy Newton
Narrated by: Clinton Herigstad
Try for £0.00

Find out how metal working developed during the Bronze Age

Burial rites underwent a massive change in prehistoric times - find out what happened!

Find out what changes occurred, how methods and techniques developed in metal working.

The Bronze Age as defined by the three-age system dates from 2500 BC to 600 BC and originally provided a convenient chronology of the subdivision of technological advances. The period is important in that it sees the spread of the use of metals and witnesses the development of metallurgy techniques to make the most of these new resources.

Based on evidence from the archaeological record in the United Kingdom, Troy Newton takes an in-depth look at how burial rites changed between the second and third millennium BC.

What listeners say about Prehistoric Burial Rites and Advances in Metallurgy in the Bronze Age: Archaeology of Britain

I liked the straight forward writing and presentation of this topic, I find this subject interesting as a lay person and I increased my knowledge base.

This book will help you in Prehistoric Burial Rites and Advances in Metallurgy in the Bronze Age subjects. The basics are easy to understand. It's definitely for beginners, but you'll have enough knowledge to get by when you finish it.