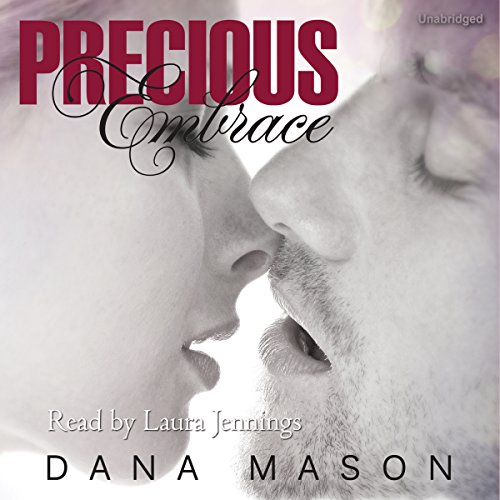 By: Dana Mason
Narrated by: Laura Jennings
Try for £0.00

A second divorce and a new baby wasn't the vision Alison Hayes had for her future. Now a single mother with two young boys, she wants to focus on her kids and what's left of her stagnant career. When Detective Johnny Rhay Bennett breezes into her life with his charming smile and country-boy accent, she's not interested. She doesn't need another man in her life, or another reason to make people talk. Johnny Rhay doesn't believe in love at first sight, but after a one-night stand in paradise with Ali, he can't get her out of his head. With Nashville in his rear-view mirror, he's determined to make Ali his, even if it means moving to California. Ali's not easy, and she's living on just this side of bitter after her divorce, but Johnny doesn't care. He's up for the challenge. At least, he believes he's up for it until baby Micah is stolen right out from under his nose. When Ali's faced with her worst nightmare, Johnny is the only person who can pull her out of her despair, forcing her to stay strong and not give up hope of finding her missing child. Johnny has to keep it together and get that sweet little boy home safe before his dreams of having a family vanish too.

"The plot is so well put together everything fits in. Ms. Mason's writing is intense, focused and clear; she has truly written a wonderful story." ( The Romance Reviews)

What listeners say about Precious Embrace

The author gives you another delightful story which is a great addition to this series. It is full of twists and turns that keeps your attention. We met Mark in the last book now we meet his ex-wife who hooked up with a no good who she divorces. Now she is on her own with her children, having a one night stand with a man who can’t forget her and follows her to where she lives. She isn’t ready for this, but he isn’t giving up. He is determined to show her just how much she can depend on him, he will never let her down. Then the unthinkable happens when her baby is kidnapped he is her rock, I doubt she would have been able to deal with all the issues if not for him.

It was hard for me to get into Alison character she had a good man, cheated on him, married a man who doesn’t want child. He didn’t mind having one that was not a baby but sure didn’t want a baby, he truly loved his stepson. He left because she got pregnant putting all the blame on her. I do have to say the character does feel realistic. She does remind me of a few women I have known over the years. I never understood them either. What is there not to like about Johnny? He has charm, style, dependable, caring, loving and very much a hunk. I fell in love with him from the start. He does have a few issues like taking on the blame for things that wasn’t his fault but that just makes him more my kind of man.


The narrator did a great job pulling the reader in showing true emotions and making it feel like you were watching a movie in your mind. Her character voices were outstanding from male to female you knew who was talking and what they were feeling. There were no repeating of words, no volume changes just a very clear audio you get lost in. I thought her performance was wonderful. She really brought the story to life for me giving me hours of enjoyment. I look forward to listening to more of her work.


I thought it had a great story line, loved the plot and the twists and turns that come with it. The story is very realistic and pulls you in giving you a very entertaining story I could not put down. The author had no trouble holding my attention giving another page turner I couldn’t put down. I thought it was well written and really keeps the reader's attention. I am looking forward to the next book in this series.