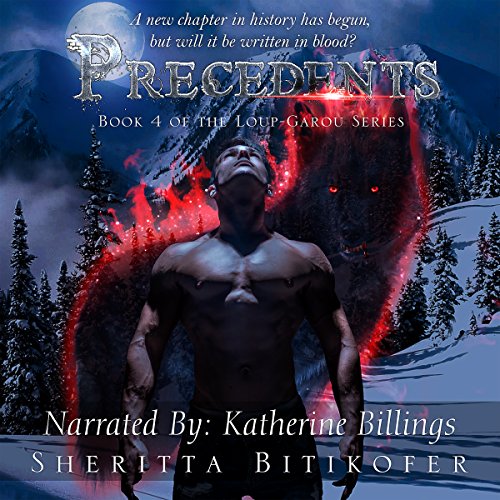 Katey Keith never expected to marry so young. She also never expected to be pregnant, or the first female loup-garou - werewolf - to give birth in thousands of years. As the embodiment of a Spirit of Peace, Katey’s carrying more than just her precious babies. She’s also carrying the future of her race. Her husband is doing what he can to help, but he has his own troubles. What does Logan Keith know about being a father? He’s never had a good example in his life. And babies cost a lot of money. Logan’s doing whatever it takes to support his family, even if his sometimes dangerous jobs ignite clashes with Katey. Then Katey and Logan, along with their pack, are summoned to an ancient castle carved into the snowy mountains in Switzerland. The council is meeting for the first time since the great Arnathian civilization fell apart due to the feud between werewolves and vampires. Can these two races make peace after spending centuries at war with one another? Katey’s supposed to be a great figurehead for the proceedings, but what does she know about politics or negotiating peace? But after an assassination attempt, one thing is clear. Someone is determined to unleash a great evil and make sure that Katey and her loup-garou family have no future at all.